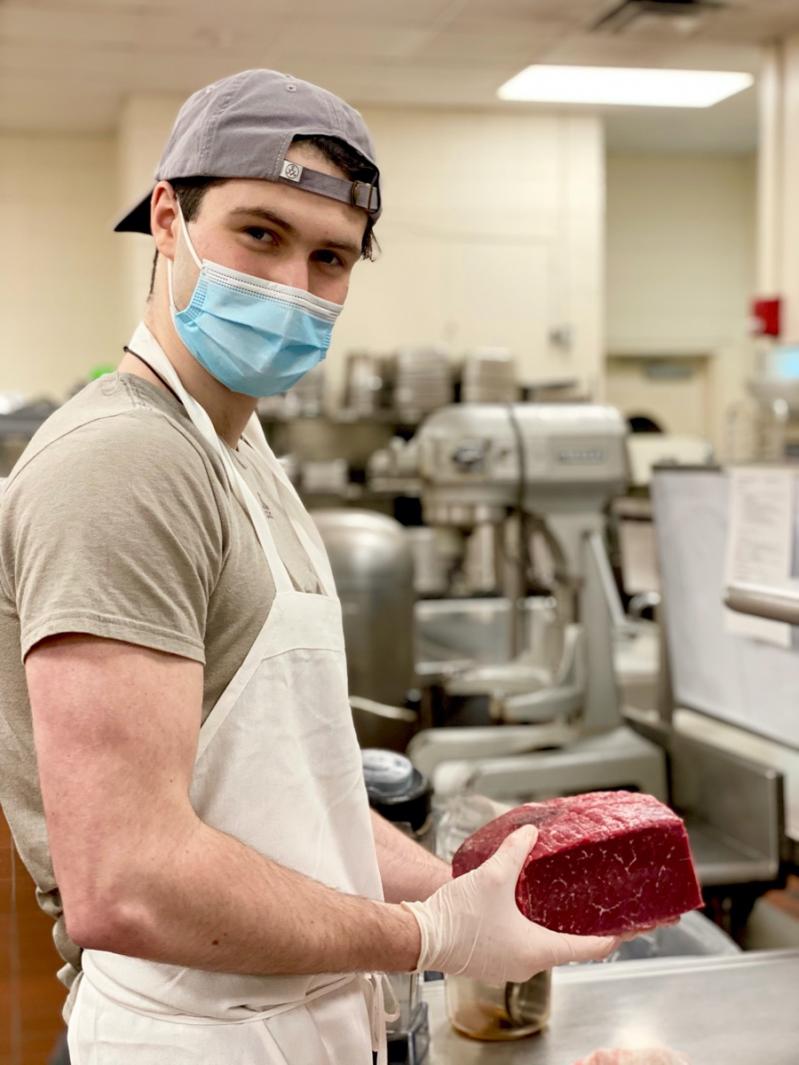 Beef jerky marketing, at first look, seems to be all about matching a man to the right flavor profile of preserved meat, and with Father's Day approaching, that's all in full swing right about now. But Jackson Baris of East Hampton has a different take on beef jerky altogether -- one that aligns more with conversations about ethics and sustainability in food sourcing.

"The normal life of a cow is it lives in noisy, close quarters," Mr. Baris began. And then he quickly stopped -- he doesn't want to put a bad taste in anyone's mouth with lengthy descriptions of sad cows -- but he does want to impress upon meat eaters that livestock-keepers have a long way to go, ethics-wise. Suffice it to say, he says, "I don’t appreciate the way that a lot of corporations treat their animals."

Which is why Mr. Baris finds himself paying a lot more for the meat he uses to make Jackson's Beef Jerky, a homegrown but in-demand brand that he created about four years ago, when he was a freshman at East Hampton High School. He and his mother, Heather Baris, would experiment with cooking techniques and test-market the results on his fellow students.

Now a student at New York University who makes the trip back and forth to the East End Food Institute kitchen in Southampton to prepare his jerky, Mr. Baris is getting ready to start selling Jackson's Beef Jerky at the weekly Sag Harbor Farmers Market starting Saturday.

"I'm working my hardest to make sure that everything we're putting out is not just an amazing product, but that it's also ethically made."

Jackson's Jerky consists, so far, of a single variety of sweet-but-spicy meat cooked in small batches. It's "forgivingly sweet and unforgivingly spicy," Mr. Baris explained. "I promise you it's very, very good." 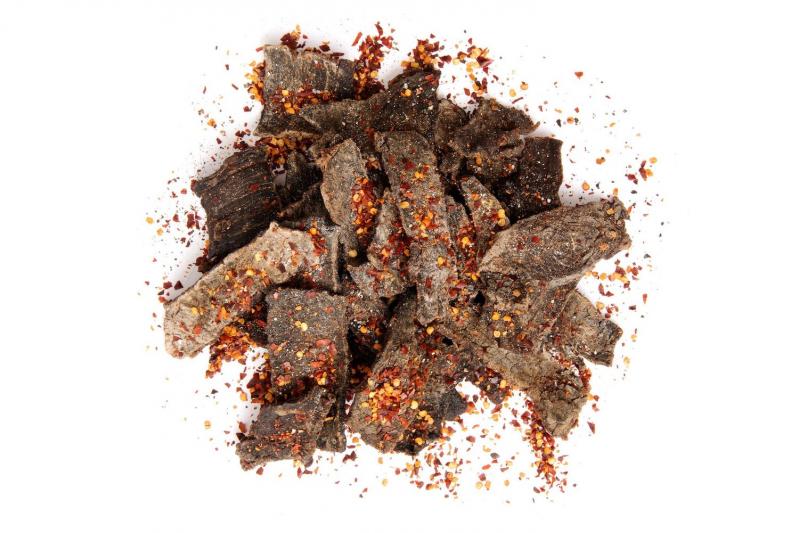 His exact cooking process apparently differs from most jerky-making methods but will remain under wraps right now until he files for a patent on it.

"What makes it so good is that each piece is carefully paid attention to," Mr. Baris said. "I'm hesitant to mass-produce. It's such a 'feel' process with variations. You're really never going to get the same piece again. The way that the fat kind of melts and recoats itself around the meat is so delicious."

Mr. Baris launched the company in January, just a few months into his college career, for which he created a major called serial entrepreneurship at N.Y.U.'s Gallatin School of Individualized Study. He is also a budding film-scorer and clothing designer. "I'm into a lot of different kinds of hustles and I'm not a curriculum kind of guy. I decided that for college, I wanted to choose my own course of study."

If his beef jerky brand is any indication, he's been studying plenty about food production and agriculture. He's a proponent of regenerative agriculture, referring to a collection of farming methods that consider the future of land in addition to its present usage.

To make 25 pounds of beef jerky, Mr. Baris will start with about 75 pounds of meat in the kitchen. It's a two-day process, one for marinating and one for cooking. The finished product will be divvied up into servings of up to four ounces for $20.

"In my mind, people aren't going to just stop eating meat," he said. "This is a happy medium

A Holiday Gift for Surfers and Beach Lovers
Holiday Lights Go On at the Lighthouse Saturday
Covid Vaccine Clinic at St. Luke's
END_OF_DOCUMENT_TOKEN_TO_BE_REPLACED