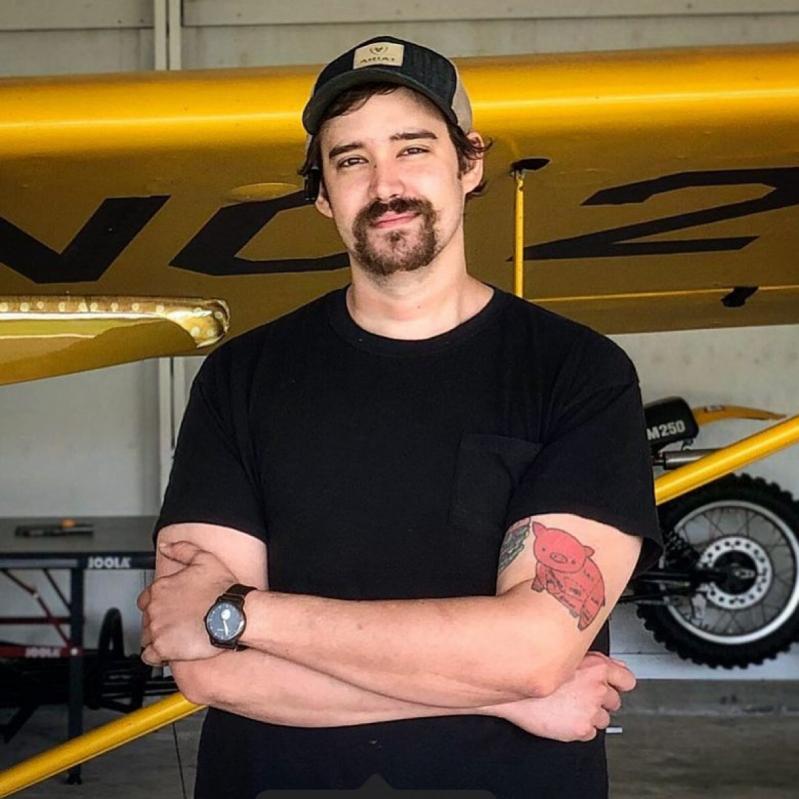 Andrew Mahoney is the new chef de cuisine at Almond in Bridgehampton.
By Jennifer Landes

Bye, Bye Bistro
Harbor Bistro announced its closure on social media last week. Owners of the Springs restaurant said the building it has occupied for 16 years has been sold. They have been asked to leave the property by this week. The news has taken them by surprise, they said, leaving them "stunned and sad." They thanked their customers, staff, and friends. For fans who want to follow the eatery in its next adventures, it looks like Harbor Bistro food truck will continue to roll.

Falling for Serafina
Serafina restaurant in East Hampton has a fall prix fixe menu for $29.99. it begins with the soup of the day, a selection of appetizers such as bruschetta, calamari, or a choice of three salads: mixed green, Caesar, or arugula. Entrees are pastas like penne alla vodka, ravioli, spaghetti carbonara, or rigatoni alla Bolognese. There is also a vegetarian platter featuring spaghetti squash and tomato sauce and a number of pizzas. Dessert is tiramisu or cheesecake. Two wines, a Montepuliciano or a Seravino chardonnay are $30 by the bottle.

Westward Roll
The Lobster Roll, also known as LUNCH, has opened a second and year-round location in the former Princess Diner space on Montauk Highway.

The owners Fred Terry, Andrea Anthony, and Paul DeAngelis (who became partners in 1982 after the restaurant had been in Mr. Terry's family since 1965) have partnered with Irwin Simon, the chairman and chief executive officer of Tilray Inc., for the expansion. It will include new branded merchandise and grab-and-go options.

The owners describe the ambiance at the new spot as "modern nostalgic shack." They plan to be open for lunch and dinner, going long into the evening with a focus on dinner. The cocktail menu features rum splashes, frozen daiquiris, Basil Hayden Manhattans, and Cosmopolitans.

In addition to the restaurant's hot or cold lobster rolls, the menu will have traditional options such as steamers and broth to start and classic fish and chips. Other items of note are the lobster grilled cheese sandwich and baked stuffed flounder. For winter, the Lobster Roll will feature Manhattan seafood chowder, a tomato-based soup with fresh clams, shrimp, scallops, and cod; the soup-n-slider, a cup of either Manhattan or New England chowder with a lobster salad slider on the side, and seafood chili. A highlight of the dessert menu is Ms. Anthony's caramel apple crisp a la mode with a choice of vanilla, cookies and cream, or butter pecan ice cream.

Back in the Fold
Almond Restaurant in Bridgehampton has announced a new chef de cuisine, Andrew Mahoney, who will be returning to the kitchen to join Jason Weiner, the executive chef and co-owner.

Since 2016, Mr. Mahoney has served many roles at Almond and L & W Market, which it runs next to the restaurant on Main Street. He grew up in a rural part of Connecticut, which instilled the same ethos of relying on local produce as the basis of the menu. He trained at the Lincoln Culinary Arts school in Connecticut and started his career at Bay Burger in Sag Harbor in 2012.

Since then he launched a catering company, which ran the concession at a beach club in Amagansett, worked with Jeremy Blutstein, another Almond alum, at Showfish Restaurant at Gurney's Star Island, and was a private chef in Water Mill. He has recently assisted Mr. Weiner on farm-to-table events such as Outstanding in the Field and the Quail Hill Common Table.

Noting that Mr. Mahoney "lives and breathes Almond creed" of local, seasonal, and artisanal, Mr. Weiner said, "Man are we lucky to have Andrew rolling with us again!"

On the Other Fork
North Fork Table and Inn has new winter menus for its different dining areas. They feature a prix fixe menu with three courses and optional wine pairings, a snacks and supplements menu with hors d'oeuvres options, and an updated bar menu.

The prix fixe menu is $90 with an additional $78 for the wine pairing and an additional $120 for a reserve wine pairing with bottles that have yet to be opened, including a Chateau Montrose La Dame de Montrose Saint-Estephe from Bordeaux. Peconic fluke crudo, the Southold Grill, and broken chocolate cake are some of the featured items on the menu. Also available for $135 is a chef's choice menu that features courses inspired by fresh ingredients available from the restaurant's surrounding fields.

The snacks and supplements menu, which is served before the prix fixe, has items such as broiled little neck clams and tuna crudo. Entrees serving two people can also be added to this menu.

An a la carte bar menu offers simple and casually presented snacks like Ram Island oysters and duck tot caviar, which are locally sourced, more affordable, and informal. This menu can be enjoyed in the dining room as well.