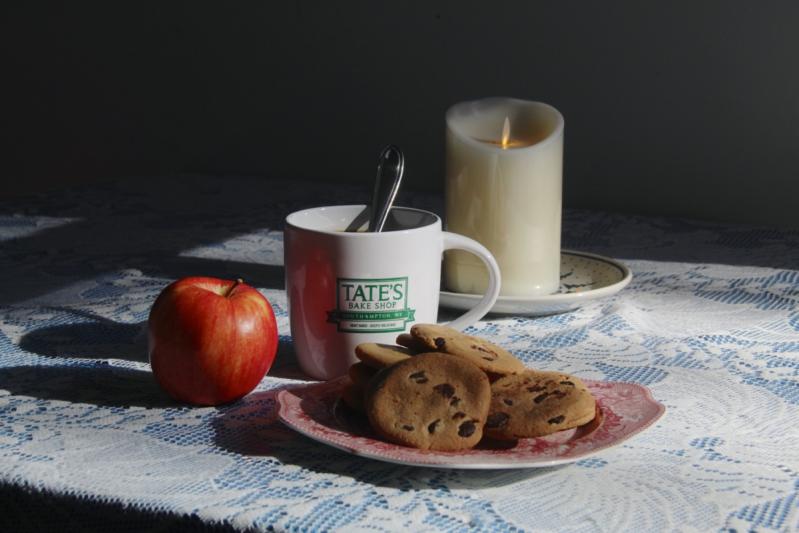 In 2019, Google Trends reported that internationally, the United States had the sixth-highest percentage of people researching the vegan lifestyle online. That year, around 2 percent of Americans identified as vegans and Americans spent more than $4 billion on plant-based foods.

The exact percentage of that market held by cookie makers is less readily available, but at least one more food purveyor with East End roots has officially joined the vegan community. Just yesterday, Tate's Bake Shop released two vegan varieties, chocolate chip and vanilla maple, which are certified by Vegan.org (and happen to also be kosher).

"We always look at relevant and growing trends, so we started to think about plant-based options several years ago, when we noticed that more of our customers were adopting vegan lifestyles," Lauren Sella, chief marketing officer of Tate's, said in an email last week. "We are excited for everyone to finally try them."

More than a decade after gluten-free options were added -- which "was one of the best decisions we have made as a company," Ms. Sella said -- the vegan Tate's were "an obvious next step."

The cookies have the same signature crunch that Tate's has been known for since the long-ago days when its founder, Kathleen King, sold her baked treats at her parents' farm stand in Southampton. Without traditional butter, of course, fans of the original Tate's varieties will notice these cookies' slightly different flavor profile.

The key change is the use of "plant butter," which refers to a family of ingredients made with oils derived from avocados, coconuts, almonds, or olives. Unlike their dairy-based counterparts, they don't have any cholesterol and are usually lower in saturated fat and higher in healthier fats. This isn't an entirely new concept -- margarine, for example, has been made without animal products since the 1950s. Even Country Crock, a well-known maker of margarine, released a plant butter in 2019. In Tate's case, the plant butter is created from a combination of sunflower oil, sunflower lecithin, palm kernel and palm oil, and pea protein. The company notes that the palm oil is sustainably sourced.

An important part of developing these two recipes, Ms. Sella said, was not just to meet vegan standards. The goal included maintaining the kind of cookie experience that's consistent with Tate's traditional lineup.

"Anyone who has ever tasted a Tate's cookie knows how consistently delicious they are," Ms. Sella said. "Although these cookies are plant-based, they have the same thin, crispy texture and buttery flavor that everyone loves."

"We intentionally took our time testing and perfecting recipes before we felt comfortable introducing these plant-based treats," Ms. Sella said.

Ms. King herself has not yet formally weighed in on the newest flavors, Ms. Sella said, but she "continues to be a friend and fan of Tate's Bake Shop."

This story has been updated to correct the spelling of Lauren Sella's name.