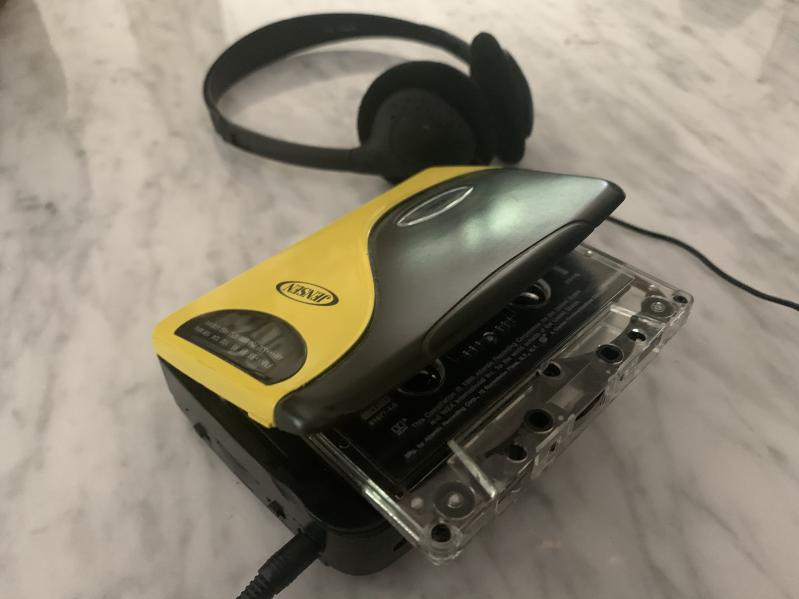 Of all the stuff I lost in the great flood of 2012, the storm surge, that is, brought on by Hurricane Sandy, which dumped a foot and a half of water in the basement of the house we owned in Flanders at the time, lately I’ve been missing my tape collection.

Cassettes, the sound, the flimsiness, it all sucks (that’s an audiophile’s term), but in those five or so soaked and mold-flecked carrying cases were irreplaceable items, like the themed tape my older brother put together shortly after arriving in Los Angeles in the late 1980s, where he found work at a Tower Records: “How Could Hell Be Any Worse?” he titled it. Subheading: “The Best of the L.A. Bands.”

As I recall it, a couple of Jane’s Addiction’s mountainous soundscapes were on there, and a ferocious set by the Lazy Cowgirls — the drinking and self-hatred of transplanted Midwesterners at its best. “Well I got a goddamned bottle, you know I ain’t got a life!” It holds up well.

Interspersed were comedy bits, some from the dubious likes of Andrew Dice Clay that you’d be arrested for playing out loud today.

I wish I had those tapes for the way they catalogued a life. My two years in Boston, for instance, also in the late 1980s, working in a clothing warehouse, which was loserish and a waste of time, and enjoying the city, which wasn’t. Love and Rockets? I’m surprised I bought that. “Surfer Rosa,” the Pixies’ 1988 album? Now that I can understand; it still sounds fresher than anything that’s come out in the decades since.

The twist comes when your kids get older and start listening to what you once listened to. Movies are such a pervasive influence on culture that, for one thing, Star-Lord in “Guardians of the Galaxy” made cassettes cool again, with his nostalgic, plot-crucial mixtape. I loved E.L.O. in the 1970s, and then people my age (born during the Johnson administration) put the band’s music in movies they made, eyeballed semi-recently by my son, like the animated “Megamind” or “The Game Plan,” the football vehicle for Dwayne (The Rock) Johnson, both of which featured the sunny, poppy “Mr. Blue Sky.”

Somewhat more elevated, how about Wes Anderson’s winning use of the Who’s mini rock opera “A Quick One, While He’s Away” in a montage in “Rushmore,” one of my son’s favorite movies. That nine-minute tale of straying and forgiveness is another one my brother introduced me to way back, always emphasizing the version filmed in 1968 for “The Rolling Stones Rock and Roll Circus,” later seen in the Who documentary “The Kids Are Alright.”

There’s real pleasure in seeing your kid discover the music of your youth, but doubly so when it’s done independent of you. Then you can better talk about it on your drive to the beach after he calls it up on Spotify.