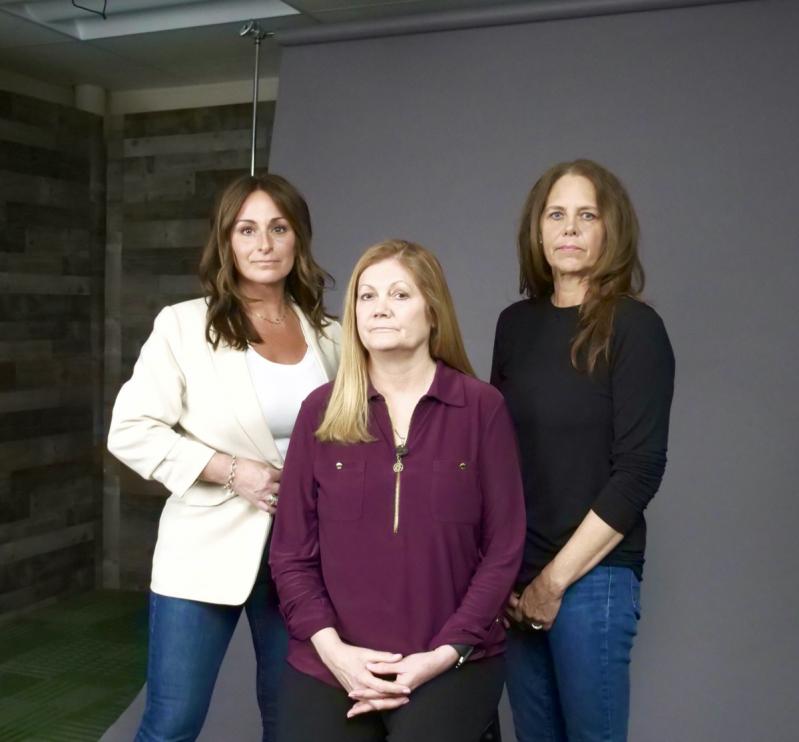 Markie Hancock's documentary about the origins of the Retreat, a domestic violence shelter, will be shown at this year's HIFF, featuring the stories of three women she calls "sheroes."
Markie Hancock
By Judy D’Mello

Uncanny parallels exist between the Hamptons International Film Festival, opening Friday, Oct. 7, and the Retreat, East Hampton's domestic violence shelter. Both organizations are celebrating their 30-year anniversaries; Tony Bullock, an ex-East Hampton Town supervisor, played an instrumental role in establishing both entities; Barbara Mattson, one of the first domestic violence survivors to shelter at the Retreat in 1992, volunteered at the inaugural film festival that year.

Of course, these are not the reasons why Markie Hancock's documentary "The Power of Community: How One Town Stood Against Domestic Violence" is included in this year's film festival lineup. More so, it's that Ms. Hancock's hourlong journalistic journey into an East End community that came together to build a domestic violence shelter is a compelling, sad, yet hopeful story that needs to be told, seen, and heard.

The documentary shines a spotlight on the campaign for East Hampton to provide a safe haven for victims of abuse, which was spearheaded three decades ago by community members such as Mary Bromley and Joanna Komoska, both psychotherapists, Mary Jane Arceri, a now-retired Springs School teacher, Patrick Halpin, a former Suffolk County executive, Mr. Bullock, and Thomas Scott, the town police chief at the time. Through interviews with these changemakers and archival footage of others since deceased, Ms. Hancock weaves a narrative around the power ordinary people have to make a difference and shows us that often, it's here, in the interstices of the lives of ordinary people, where compassion lives.

This notion is perhaps summed up best in the film by Ms. Bromley, the therapist. "It was a moment of love in a community that recognized a problem and took action," she said.

On an intellectual level, we know the statistics on domestic violence in the United States: One in three women suffer abuse by an intimate partner. But to be placed in the moment when a woman is actually retelling her account of how she became one of those statistics is a moment that gets you in the gut. Ms. Hancock, ever the empathetic investigator, uses the raw power of people talking to camera in her interviews of three domestic violence survivors -- moments that can make for challenging viewing.

Ms. Mattson is one of the "sheroes" in the documentary. After spending the summer of 1992 at the Retreat -- "like being wrapped in a cocoon of safety," she wrote in an email -- she desperately wanted to build a new life in East Hampton for herself and her 7-year-old son. So, she volunteered at the Hamptons' first-ever film festival that fall.

"It served as a wonderful, well-needed distraction from my chaotic, desperately difficult, and sad first few months after leaving the safety and security of the shelter," she explained. "It was so exciting! I was only 36 years old! One night, I sat next to Roy Scheider at the bar in the Palm. He was there for the film festival. That was exciting talking to him. . . . Everyone was enjoying the fun and [East Hampton] was packed. I volunteered for a few more years after that but I'll never forget that first year. For a few, short, magical days, it got me out of a dark place and for that I will be eternally grateful."

For Ms. Hancock, the true value of her work hit home this summer. She had arranged a private screening in East Hampton for about 10 people, at the end of which a tearful woman approached one of the survivors featured in the film and confided that she was currently in the same abusive situation as described by the woman onscreen.

That, to Ms. Hancock, made her documentary worth the long, pro-bono hours she put into it, calling on favors from her filmmaking community and friends. "If this film helped someone find out about what the Retreat can do and know that help is available, then it's all been worth it," she said.

"The Power of Community: How One Town Stood Against Domestic Violence" will be screened on Oct. 13 at 7:30 p.m. at the East Hampton Cinema, with a discussion afterward.