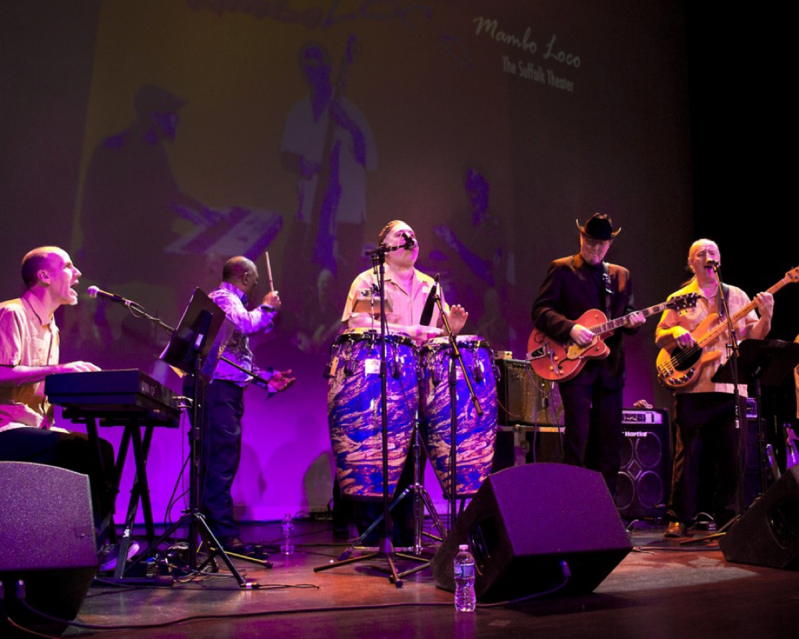 Mambo Loco will play tomorrow as part of "Pachanga" at the Parrish Art Museum, co-sponsored by OLA of Eastern Long Island.
By Mark Segal

Latin Music and Kiki
The Parrish Art Museum in Water Mill, in collaboration with OLA of Eastern Long Island, will host "Pachanga," an evening of music and dance, on its terrace, on Friday from 6 to 9 p.m.

Music will kick off with Carolina Fuentes, a.k.a. Mila Tina, whose high-energy performances combine percussion, dance, and visual design. Dancing to Mambo Loco's blend of classic Afro-Cuban and Puerto Rican music with old-school Latin and Latin jazz will follow.

Tickets are $12, $5 for members, free for students and children. Guests have been advised to bring chairs, as museum seating will not be available.

Performances and ballroom competitions within the LGBTQ community are the subject of "Kiki," a documentary by Sara Jordeno to be shown at the Parrish on Sunday afternoon at 2.

The Kiki scene is a subculture of LGBTQ youth, seven of whom the filmmaker followed over the course of four years. Their preparations and performances at Kiki Balls reveal personal challenges with homelessness, illness, and prejudice, while illuminating queer life in the United States for youth of color.

Tickets are $15, $5 for members, senior citizens, and students.

Concert for a Cause
A benefit for Maureen's Haven in Riverhead, which for 20 years has been providing homeless men and women with supportive services, access to case management and programs, and a safe place to stay during the winter months, will happen at Stephen Talkhouse in Amagansett on Thursday at 6 p.m.

Outdoor Films
"Films on the Haywall," an eclectic series of outdoor screenings, has returned to Marders in Bridgehampton after a pause during the pandemic. The series will begin on Friday with Richard Lester's "A Hard Day's Night" (1964), the Beatles' feature film debut.

The full schedule can be found on Marders' upcoming events page. Screenings begin at dark, not before 9 p.m., and are free. Beach chairs, blankets, and picnics are welcomed.

On Central Park
Barbara Ferrante, an art historian and lifelong part-time Montauk resident, will give an illustrated talk about Manhattan's Central Park on Wednesday at 7 p.m. at the Montauk Library.

Beginning with the early plans of Frederick Law Olmsted and his partner, Calvert Vaux, Ms. Ferrante will illuminate how a swamp with huge rock outcroppings was transformed into one of the country's most beautiful and renowned parks. The free presentation will include a compilation of her own photographs.