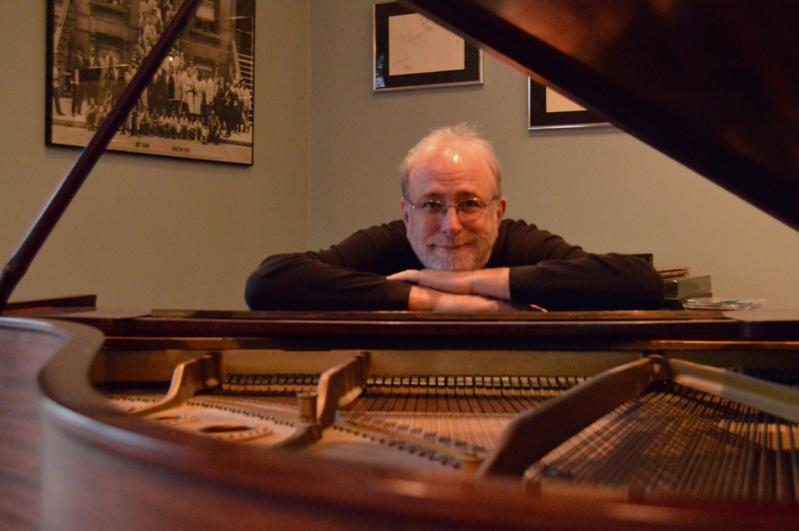 Bill O'Connell, who is up for a Grammy for best arrangement this year, will perform at the Parrish Art Museum tomorrow.
By Mark Segal

All That Hamptons Jazz
The pianist Bill O'Connell is likely to have his eyes on this year's Grammy Awards telecast on Sunday, when his arrangement of "Chopsticks" is up for best arrangement (instrumental and a cappella).

But Friday evening at 6, he will be at the Parrish Art Museum in Water Mill with his quartet, as part of the nomadic Hamptons Jazz Fest's winter series. During his 40-year career as a band leader, soloist, arranger, and musical director, Mr. O'Connell has performed with Sonny Rollins, Chet Baker, Mongo Santamaria, Dave Valentin, Gato Barbieri, and Astrud Gilberto, among others.

His compositions have earned him the title of Jazz Writer of the Year four times, and his 13 albums have garnered critical acclaim. In his review of Mr. O'Connell's "Latin Jazz Fantasy," George Carroll wrote, "The range of his artistic spectrum seems limitless."

Lincoln Goines on bass, Robby Ameen on drums, and Craig Handy on saxophone round out the quartet. Tickets are $20, $10 for members.

Disher Steps Down
Michael Disher, who taught drama at Southampton College for 15 years and opened Center Stage at the Southampton Cultural Center in 2008, has announced he is stepping down as the stage's director.

Mr. Disher, who has lived in Amagansett since 1986, was hired to teach in the college's theater department after someone there saw a show at Guild Hall for which he had designed the sets. He eventually became head of the department until it closed down.

Soon after, he was invited by Kirsten Lonnie, the executive director of the cultural center, to mount a show, even though the center had no theater yet. "We started with a few platforms and some horrible chairs," he told The Star in 2017. The first show was "The Fantasticks." In all, he has directed around 200 plays.

After several years away from the center because of serious health issues, Mr. Disher returned in December with "Miracle on 34th Street: A Live Musical Radio Play."

He plans to remain on the East End, and in an email expressed certainty that "the correct and proper venue will appear . . . I am unwavering in my belief that a good portion of any community's strength is embedded in its artistic endeavors."

Indigenous Poetry
In conjunction with its current exhibition, "Outcropping: Indigenous Art Now," the Southampton Arts Center will host a poetry evening led by Jeremy Dennis, a member of the Shinnecock Nation, an artist, and the show's curator, with programming assistance by Shane Weeks, a Shinnecock artist, traditional dancer and drummer, and educator.

The free program will take place Friday at 6 p.m.

A Conference for Young People to Create Solutions
Get Outside, Get Moving
Two Traditions, One Fair in Springs
END_OF_DOCUMENT_TOKEN_TO_BE_REPLACED