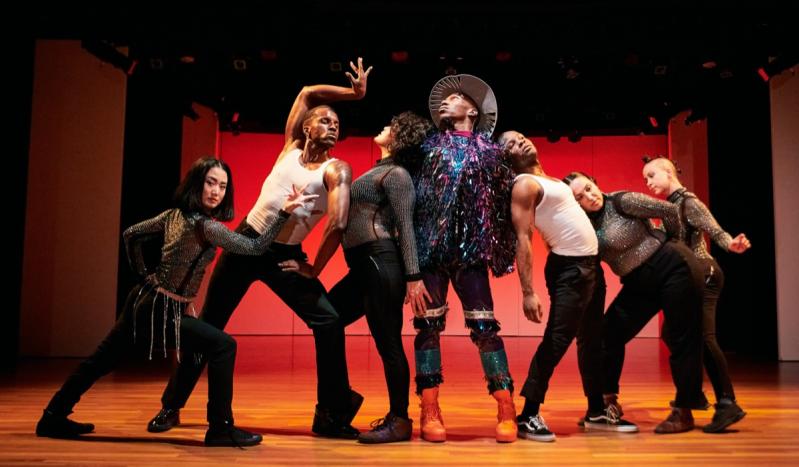 New York City's drag ballroom scene of the 1980s will be celebrated by programs at the Sag Harbor Cinema and The Church in Sag Harbor, starting Thursday at 7 with a screening of “Paris Is Burning,” Jennie Livingston’s 1990 documentary that had a six-month run at Film Forum in 1991.

The ongoing development of “New York Is Burning,” a performance by Les Ballet Afrik and Omari Wiles that was commissioned for Works & Process at the Guggenheim, will continue with a LaunchPAD residency at The Church, in partnership with Guild Hall. The production will hold an open rehearsal on Saturday from 11 a.m. to 3 p.m., and a performance next Thursday at 6:30 p.m.

“Paris Is Burning,” which The New Yorker called “a beautiful piece of work,” chronicles seven years of New York’s African-American and Latinx drag ball scene. It offers a portrait of rival fashion “houses,” from fierce contests for trophies to "house mothers" providing sustenance to young voguers, drag queens, and trans women living in a world rampant with homophobia, transphobia, racism, AIDS, and poverty.

Among the legendary performers are Willi Ninja, Pepper LaBeija, Dorian Corey, and Venus Xtravaganza. David Ansen said in Newsweek that “Livingston’s film ends up shedding an extraordinary light on American culture as a whole.”

Tonight’s screening will be introduced by Mr. Wiles, the founder of the House of NiNa Oricci, a legendary ballroom house, and of Les Ballet Afrik, a company that blends ballroom with voguing and African dance technique.

“New York Is Burning” centers on the artists for whom the dance company serves as a surrogate family and reflects the aspirations, desires, and yearnings of a diverse group of dancers in a city suffering health, race, and financial crises. Originally set to have its world premiere at the Guggenheim on Jan. 15, the performance has been postponed to this coming fall.

Tickets for next Thursday’s performance at The Church are $10.

This article has been modified from its original and print version to reflect the fact that Guild Hall is in partnership with The Church for the LaunchPAD residency.