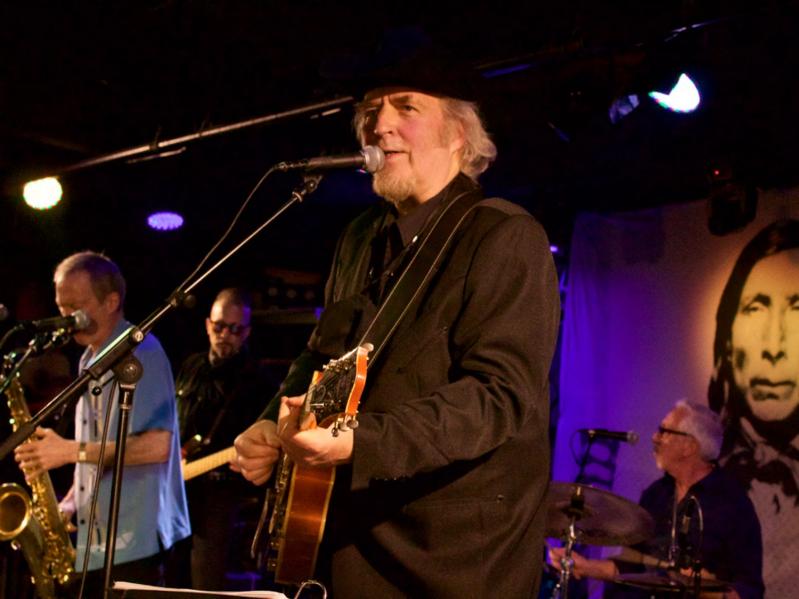 Gene Casey, seen at the Stephen Talkhouse in Amagansett, and the Lone Sharks will be part of a rockabilly Christmas show at the Suffolk Theater.
Peggy Nichols
By Christopher Walsh

Mr. Casey and his band have been heard on film and television soundtracks, and were recognized with the Long Island Sound Award by the Long Island Music Hall of Fame "for contributions to the Island's musical landscape."

Mr. Williams, a pianist, singer, and songwriter who hails from Memphis, draws comparisons to his friend and mentor, the late Jerry Lee Lewis. His hands are shown playing along to Lewis's music in the biopic "Great Balls of Fire," and like Lewis he recorded for the legendary Sun Records label, as well as RCA Records.

The show will open with the Vendettas, who perform jukebox staples of the 1950s as well as contemporary songs by musicians including Bruce Springsteen.

Tickets are $49 or $55 plus fees, and are available at suffolktheater.com.

Winter Jazz Series
The Jam Session, Inc., producer of the annual Hamptons Jazz Fest in July, August, and September, has announced the second annual Winter Jazz Series, monthly concerts to be held at the Southampton Arts Center and the Parrish Art Museum in Water Mill.

In the first concert, Elegant People will perform at the arts center on Saturday from 7 to 9 p.m. The series will continue with the Stan Killian Quartet on Dec. 16 from 6 to 8 p.m. at the Parrish.

The Daahoud Salim Quintet, founded in Amsterdam, will make its American debut on Jan. 14 from 7 to 9 p.m. back at the arts center. That performance is in collaboration with Jazz at Lincoln Center.

The Carolina Calvache Trio will perform on Feb. 24 from 6 to 8 p.m. at the Parrish. The Will Bernard Quartet will play at the Southampton Arts Center on March 25 from 7 to 9 p.m. A photography exhibition there from this year's Hamptons Jazz Fest will precede a performance by the Fabian Almazan Quintet on April 22. That show will be from 7 to 9 p.m.

The series will conclude in Southampton on May 13 from 7 to 9 p.m. with the Robin Verheyen Quartet. Cabaret-style seating and refreshments will be available during the shows. All dates are subject to change.