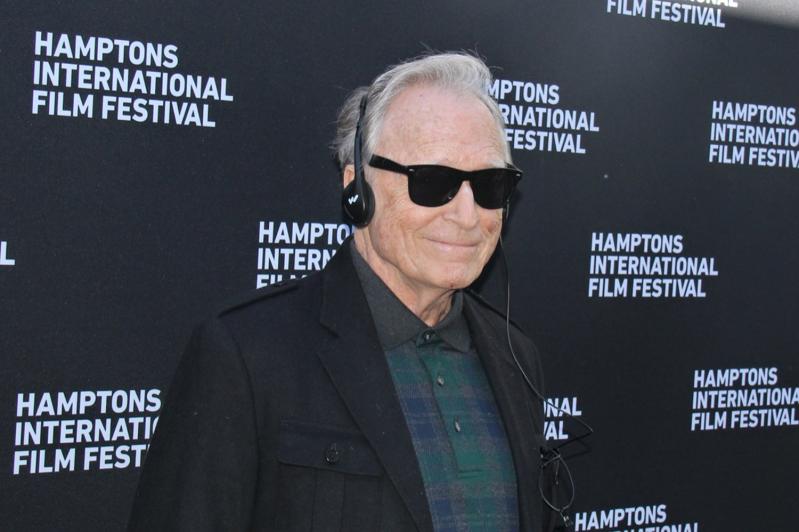 The crowd at the Hamptons International Film Festival screening of Robert S. Bader's "Groucho & Cavett" Saturday was decidedly Boomer in makeup, but the enthusiasm in the packed house was palpable.

This was a group that grew up with or came to know through their parents or older siblings the more erudite talk shows of the late 1960s and 1970s, like Mr. Cavett's, on which Gore Vidal and Norman Mailer nearly came to blows over, of all things, a New York Review of Books article written by Vidal. This is not the focus of the movie in question, merely a hint of the meatier and more eclectic mix of guests that appeared on certain shows of the time.

It's likely that Mr. Cavett's long association with the festival fueled expectations that he would show for his showing. He did not disappoint, at 85, looking frailer than in the past, but attempting to hide it as best he could. Outside on the red carpet, he was all Montauk hipness in shades and headphones for what looked like a hearing device.

Still sharp as a tack and full of dryly delivered observations, he glided through the conversation, offering sly facial expressions along the way.

Alec Baldwin, who moderated it, made note of what he described as "the most crazy melange of people, people from all over the show business spectrum" filling talk show couches of that era. Riffing about an imagined but potentially classic Johnny Carson lineup, he channeled Ed McMahon and quipped, "Johnny's guests tonight: pitcher Don Drysdale, Senator Inouye of Hawaii (explaining who he was to the American people), and Shields and Yarnell," who were a mime team.

Mr. Cavett's guests were just as eclectic, but they ran even deeper, giving audiences more credit for their intellectual curiosity, during what was a mostly pre-promotional period for the medium. ("The Simpsons" did its own take on this age of talk shows, with the "Krusty the Clown Show" evolving in black-and-white flashbacks from an earlier, more serious talk format. The shows featured a chain-smoking and suit-clad Krusty interviewing notables such as the A.F.L.-C.I.O. president George Meany and the poet Robert Frost.)

Mr. Bader's film traces Mr. Cavett's association with the comedian Groucho Marx, known for his movies with the Marx Brothers in his young adulthood and later for hosting his own game shows and talk shows. Mr. Cavett's father introduced him to the work of the much older comedian when he was a child. His father had seen the Marx Brothers films in a theater in Nebraska when they were released.

"No one had ever seen anything like this on the screen," Mr. Cavett recalled. "And he said it was the only time -- in that corny phrase -- that people laughed so hard they fell out of their chair."

On Saturday, Mr. Cavett said he had finally met the comedian while attending George Kaufmann's funeral. In the years that followed, they became mentor and protege and good friends. When Mr. Cavett launched his own comedy career, Marx let him know what worked in his routines and what didn't. When Mr. Cavett had his own talk show, Marx, who was already in his late 70s and 80s at the time, was a frequent guest, known for his comedy bits, spontaneous outbursts into song, and classic off-the-cuff couch quips.

Mr. Baldwin noted that Marx made "Duck Soup" in 1933, 37 years before he first came on the Cavett show. "But he's still someone you have the faith the American audience wants to see." For a contemporary comparison, Mr. Baldwin looked up "the hottest movie in the country in 1985. So, someone who is hosting a talk show today would have the cast of 'Weird Science' on their show or 'Back to the Future,' for maybe some reunion."

A theory Mr. Baldwin shared with the director and the subject of the film was that Marx missed having someone to play off of, as he did so well with his brothers in the early days. Mr. Bader agreed. "The best thing about the early Marx Brothers, when they had . . . the much-maligned Zeppo, is he was just there for Groucho to bounce lines off of." Later, he would turn his friends into "quasi-Zeppos."

Mr. Bader sees the Cavett show appearances as "the coda on Groucho's career, or as Dick likes to say, 'the last of his greatness.' " In them, "he's sort of using Dick as his young new Zeppo and it just works for him." Finding a level of comfort on the show and with the host, "you can see that he just adores him."