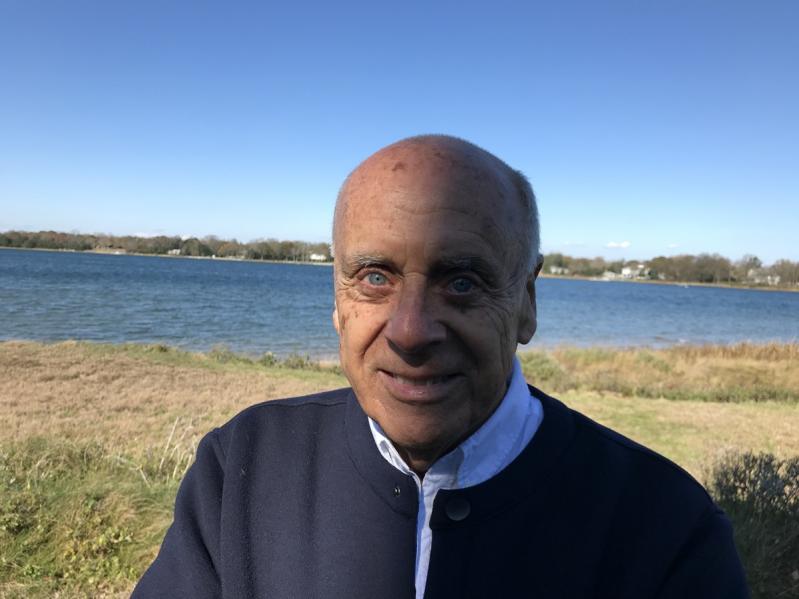 Ralph Gibson will discuss his new book of photographs, "Sacred Land: Israel Before and After Time," at Guild Hall with Marty Cohen, the venue's chairman.
Mark Segal
By Mark Segal

Photography, jazz, dance, and Edward Albee are offered by Guild Hall in the coming week, starting Sunday afternoon at 4:30 with a conversation between the photographer Ralph Gibson and Marty Cohen, chairman of Guild Hall’s board of trustees, about Mr. Gibson’s new book, “Sacred Land: Israel Before and After Time.”

Mr. Gibson has published more than 40 monographs and received countless awards. His photographs are represented in over 200 public collections. He traveled throughout Israel and the surrounding region to create his portrait of a land where the past is part of the present, a contrast he represents in two-page spreads in which color and black-and-white images face each other.

Mr. Cohen wrote the introduction to the book. Rabbi Daniel Geffen of Sag Harbor's Temple Adas Israel will moderate the conversation. Tickets are $15, $65 with a signed copy of “Sacred Land.”

Jazz for the Center, a benefit for the Bridgehampton Child Care and Recreational Center, will feature Evan Sherman on drums, Cyrus Chestnut on piano, and Dezron Douglas on bass in two outdoor concerts next Thursday at 5 and 7 p.m.

Mr. Sherman has toured with Wynton Marsalis & the Jazz at Lincoln Center Orchestra, Dizzy Gillespie All-Stars, and Roy Hargrove, among others. Mr. Chestnut tours continually with his trio, playing at jazz festivals around the world as well as at clubs and concert halls. Mr. Douglas, a longstanding member of Papo Vazquez and the Mighty Pirates, has performed and recorded with dozens of jazz notables. Tickets are $100.

A 20-acre farm overlooking Gardiner’s Bay in Springs will be the site of the Hamptons Dance Project 2021, whose three performances will take place on Friday, Aug. 13, Aug. 14, and Aug. 15 at 6 p.m.

Hamptons Dance Project draws from a diverse team of dancers from the American Ballet Theatre and master choreographers to present new works that expand the boundaries of classical dance. This year’s program will feature many new pieces, from a specially commissioned work by Gemma Bond with music by the singer-songwriter Pat Alger; Christopher Wheeldon’s “This Bitter Earth,” and a tap number by Demi Remick.

Among the dancers returning for the dance project's third season under the artistic direction of Jose Sebastian of the American Ballet Theatre are Devon Teuscher, Isabella Boylston, Catherine Hurlin, Aran Bell, and Skylar Brandt, and others to be announced. Tickets are $125, $200 for preferred seating and a 5 p.m. reception.

“The Zoo Story” concerns two characters, Peter, a wealthy publishing executive, and Jerry, an isolated and unhappy man who approaches Peter on a bench in Manhattan's Central Park. Jesse Green of The New York Times has characterized it as a “despairing vision of life as an unwinnable war for dominance.”

“Homelife” was later written as a companion to “The Zoo Story” and is now required by Mr. Albee’s estate to be performed with it. Mr. Green called it “an indispensably excellent work in its own right.”

Directed by Nathan Winkelstein, the production stars Michael Urie, Ryan Spahn, and Sophie von Haselberg. Tickets are $50 and, in the case of all performances, available through Guild Hall's website.