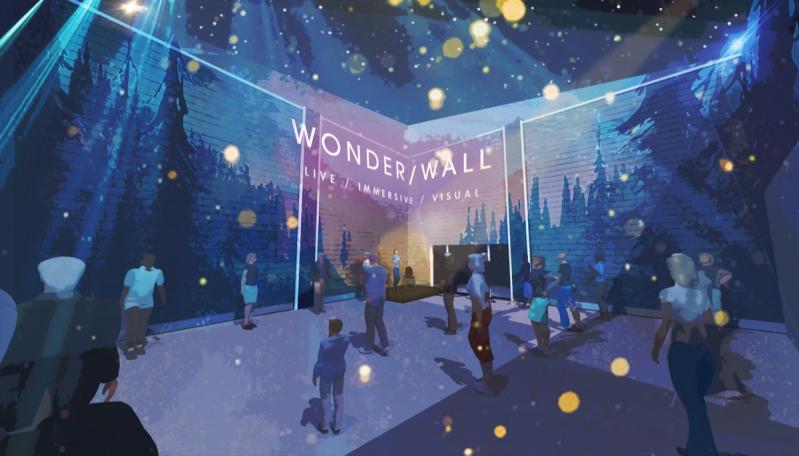 Live and in-person performances are returning to the Bay Street Theater in Sag Harbor, not only in the theater itself but also in its outdoor courtyard, which will be transformed for a month into "Wonder/Wall," an immersive video performance space, and at an outdoor space to be announced, for a production of "Camelot."

The summer season will launch tomorrow in the theater with "Becoming Dr. Ruth," Mark St. Germain's 2012 play about the life of Ruth Westheimer, the celebrity psychologist and sex therapist. The solo show, which will run through June 27, stars Tovah Feldshuh, a six-time Emmy and Tony Award nominee.

The play is set in 1997, when Dr. Ruth, born Karola Ruth Siegel in 1928, prepares to move from her Washington Heights apartment. As she shares anecdotes, advice, and opinions, the audience learns about her flight from Nazi Germany, life as an orphan in Switzerland, service in the Israeli army as a sharpshooter, and her life and career in New York as a pioneer in the psychology of human sexual relations.

"When I read her autobiography, there was so much about her I had no idea about," Mr. St. Germain said in an interview with Playbill. "I asked her if she would be interested in allowing a one-person play to be done. We've actually worked closely on it."

Ms. Feldshuh's array of awards includes four Drama Desks, an Obie, and the Helen Hayes and Lucille Lortel Awards for Best Actress. A veteran of Broadway, Off Broadway, and regional theaters, she is no stranger to East End audiences, having starred in the world premiere of Wade Dooley's play "The Prompter" at Bay Street, and "Tovah is Leona!" at Guild Hall.

Performances are at 7 p.m. on Sundays, Tuesdays, and Wednesdays; 8 on Thursdays, Fridays, and Saturdays, with matinees at 2 on Wednesdays and Sundays. Seating in the theater will be organized into pods accommodating one to four people, priced according to size and location. Audience members must provide proof of having been fully vaccinated.

"Wonder/Wall," which will begin on July 6 and continue through July 31, will feature four world premieres created by five different artists specifically for Bay Street's courtyard. Each evening will start at 8:30 and consist of five 15-minute performances for standing audiences of 20 people.

"My intention for 'Wonder/Wall' was to highlight the other storyteller of the theater: the projections designer," said Josh Wilder, the theater's artistic associate, who organized the series. "We seldom get to see them at the forefront, and this moment that we're in right now, in a way forces them to take center stage."

The productions, each of which will run from Tuesday through Sunday, are "We Are in This Together, as Well as the Stages: Shutdown, Crisis, Restart" by Rasean Davonte Johnson; "Frankenstein" by Yee Eun Nam; "20,000" by Mike Billings and Brian Staton, and "Smile" by Brittany Bland. Timed tickets for each 15-minute performance are $20.

"Camelot," the 1960 musical with book and lyrics by Alan Jay Lerner and music by Frederick Loewe, will open on Aug. 5 ,in an outdoor space close to the theater, and continue through Aug. 29.

The original Broadway production starred Richard Burton as King Arthur, Julie Andrews as Queen Guinevere, and Robert Goulet as Sir Lancelot. Arthur's progression from an idealistic young king to a despairing ruler watching his dreams die is coupled with the ill-fated romance between Guinevere and Lancelot.

In a New York Times review of the play's 1993 Broadway revival, Mel Gussow wrote, "Hearing the final chorus of the title song, a theatergoer may respond with a memory of a time of idealism in our country, and also of the rich legacy of Lerner and Loewe's musical theater."

Tickets for "Camelot" were not yet on sale as of press time.