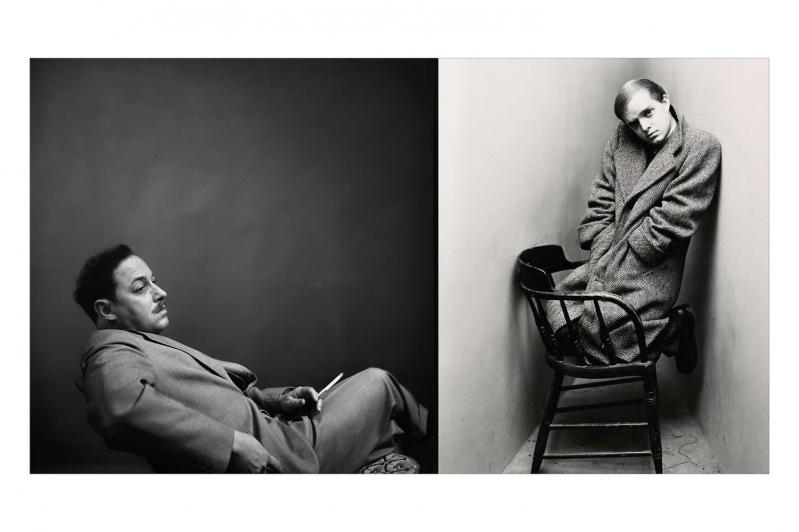 "Truman and Tennessee: An Intimate Conversation" by Lisa Immordino Vreeland, a documentary about the two writers, will be screened outdoors at the Southampton Arts Center.
By Jennifer Landes

With the approach of October, familiar rites such as apple picking go on, and that will include the Hamptons International Film Festival, a staple of the Columbus Day holiday weekend going back years. But the film festival can't and won't be the long-lined, packed-theater, jammed-talks-and-parties experience of the past.

Instead films will be streamed or presented in drive-in screenings, conversations will take place in the virtual sphere, and some, like the opening and closing night films, will be a combination of both. A few films will be screened with outdoor seating at the Southampton Arts Center as well.

On Monday, Anne Chaisson, the executive director of Hamptons Film, and David Nugent, the artistic director, discussed by phone the challenges they faced in making this year's festival a reality.

Early on, a number of national and international festivals were canceled. But a few went on and those became models. "We kept going, under the guise that things would work out, that they would get back to normal," Ms. Chaisson said.

Their submissions process had begun in February, before the worst of the pandemic hit, and they had received a lot of films. "We decided fairly early on that it would go on," she said. The question became how, given the choices of virtual, drive-in, or in person. "We were not sure how that was going to work out."

She was impressed with how quickly everyone shifted to the new way of doing things, calling it a master class in what works and what doesn't in streaming. Drive-in screenings had their own obstacles to navigate. "I'm so grateful Southampton allowed us to do it in the summer and East Hampton is allowing us to do it the fall. Those were bigger hurdles maybe than learning how to make streaming work perfectly for everyone."

Mr. Nugent likened what Ms. Chaisson was facing in reconstructing the entire nature of an organization to transforming a sit-down restaurant to all takeout while allowing the chefs to continue their work in the kitchen.

"Anne was more involved in the pivots that needed to happen and as quickly and radically as they needed to happen," he said. "My team was still focused in those months of the spring and early summer on trying to find the best films and then hoping once we found them that we had some way to exhibit them."

One of the ways they usually select films is through other film festivals, many of which were canceled or involved travel. Netflix, which had major films such as "The Irishman" and "Marriage Story" in recent festivals, decided not to participate in festivals this year. "It vastly changed the way we look at other films and consider them. Luckily, we had a lot of strong submissions," Mr. Nugent said, and the current lineup showcases the festival's core -- powerful foreign and independent films.

Virtual showings will have different windows, mostly 48 hours after purchasing, with a few available only in a three-hour slot. Viewers will have a choice of platforms, including the festival's own app, which will be available on newer AppleTV and Roku devices. Anticipating that not everything will go smoothly for everyone, there will be a call-in center for tech questions and problems.

A Virtual Discovery Pass will function much as a Founder's Pass has in previous years, giving access to almost everything that is streamed, but excluding opening and closing night films. Individual tickets be available for purchase starting Monday. Both passes and individual tickets will have limits on screenings and can sell out, so early purchase is still recommended.

Drive-in films will be shown in East Hampton and Amagansett in locations that will be disclosed once tickets are purchased. The cost is $50 per carload. The outdoor screenings in Southampton are $15. Member ticket sales opened this week. Ticket sales to the public begin on Monday. Information on film showings and tickets is available in The Star's annual festival guide and on the festival's website.

This article has been modified to delete information about a test run of the Hamptons Film app, which has been postponed and will be rescheduled soon.