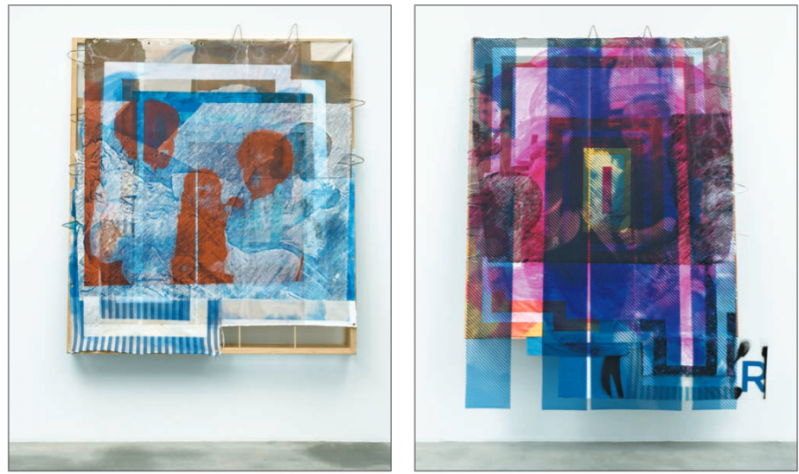 Tomashi Jackson, whose work is shown here, is one of three panelists who will discuss how land rights and appropriation have affected indigenous communities on the East End.
By Mark Segal

The work of Tomashi Jackson, who was selected as the Parrish Art Museum's 2020 Platform artist, bridges gaps between the systematization of injustice and geometric experimentation. Her piece for the 2019 Whitney Biennial, for example, drew a parallel between the destruction of Seneca Village, a free Black community razed for the creation of Manhattan's Central Park, and contemporary practices of redevelopment and dispossession.

Her multifaceted Parrish project, "The Land Claim," focuses on historical land rights and appropriation in the United States, and, specifically, historic and contemporary issues that have affected indigenous, Black, and Latinx families on the East End.

The Parrish will present a live-streamed discussion Friday at 5 p.m. that will address the issues raised by "The Land Claim." Participants include Ms. Jackson, K-Sue Park, a professor at Georgetown University Law Center Kelly Dennis, a member of the Shinnecock Nation who is an attorney specializing in federal American Indian law, and Corinne Erni, the museum's senior curator. A live chat will follow the conversation, which can be accessed from the museum's website.

The exhibition, originally planned for this summer but now postponed to summer 2021, will include paintings, video collages, original drawings, and site-specific installations based on archival images and documents.

It will also include materials drawn from interviews with local community organizations, among them Organizacion Latino-Americana (OLA) of Eastern Long Island, the Eastville Community Historical Society of Sag Harbor, the Bridgehampton Child Care & Recreational Center, and the Shinnecock Nation.

Ms. Jackson, who has also been selected by the Watermill Center as its 2020 Inga Maren Otto Fellow, is particularly interested in the movements and migrations of groups of people, the curtailment of these for populations of color, and how boundary lines are drawn, maintained, and in some ways subverted. At the same time, her work investigates the effects of color, light, and perception on the value of human life in the public space.

Born in Houston and raised in Los Angeles, Ms. Jackson earned an M.F.A. in painting and printmaking from the Yale University School of Art, a Master of Science in art, culture, and technology from the M.I.T. School of Architecture and Planning, and a B.F.A. from Cooper Union. She divides her time between New York City and Cambridge, Mass.

Mashashimuet Park's History and Future
A Conference for Young People to Create Solutions
Get Outside, Get Moving
END_OF_DOCUMENT_TOKEN_TO_BE_REPLACED