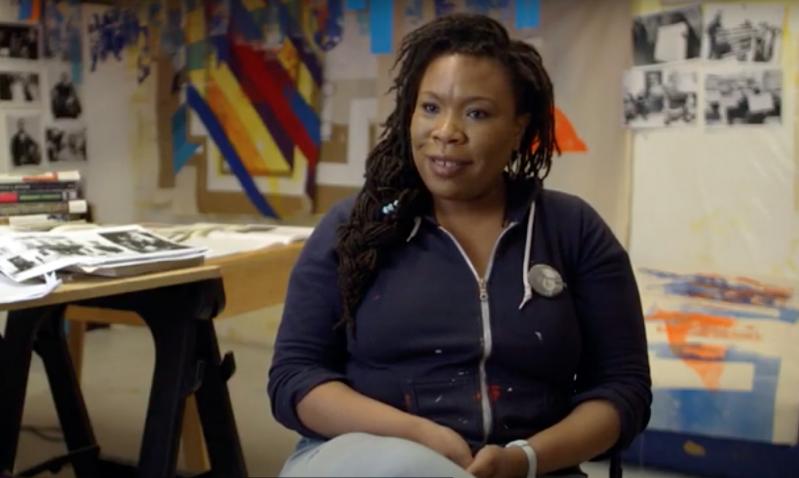 Tomashi Jackson's project “The Land Claim” will be rolled out at the Parrish Art Museum over the next 12 months.
By Mark Segal

On “The Land Claim”
Friday at 5 p.m., the Parrish Art Museum in Water Mill will live-stream a talk with Tomashi Jackson, an artist whose project “The Land Claim” will be rolled out at the museum over the next 12 months. The project focuses on the historical and contemporary experiences of Latinx, black, and indigenous families on the East End. It will culminate in an exhibition at the Parrish in the summer of 2021.

Corinne Erni, the museum’s senior curator, will host the discussion, which will be followed by a live chat. Login information is on the museum’s website.

Indie Film Trilogy
A trilogy of films by Adam Baranello, a multimedia artist from Hampton Bays, will be shown on the East Hampton Library’s Facebook page starting Friday at 7 p.m. with “Beautifully Strange.” The screening will be preceded at 6 by a discussion with Mr. Baranello via Zoom.

All three black-and-white films star Kaylie Wilson, Lua Li, and Gail Baranello as young women who are discovering the meaning of friendship and how to be true to themselves. “The Weird Ones” will stream on Saturday at 7 p.m. and “Odd” will conclude the series on Sunday, also at 7. More information and a link to tomorrow’s talk are on the library’s website.

Gallery Openings
Starting Saturday, Keyes Gallery in Sag Harbor, in collaboration with the Bert Stern Estate, will show “The Red Party,” photographs from Stern’s final sessions with Marilyn Monroe in 1962. The gallery will be open weekends from 10 a.m. to 7 p.m., and the show will be up through July 11. Hand sanitizer and masks will be available, and social distancing will be observed.

Rental Gallery has a solo exhibition of work by Elizabeth Ibarra of Los Angeles on view by appointment only through June 30. The artist’s extraterrestrial tableaus of lone dancing moons and brick-red Martians make use of materials like luminescent watercolor, cold wax, acrylic, and oil.

“Shirley” Now Streaming
“Shirley,” the film adaptation of Susan Scarf Merrell’s 2014 novel about the writer Shirley Jackson, is now available for streaming from the Sag Harbor Cinema’s website, as well as from Amazon, Hulu, and other platforms.

Ms. Merrell, who lives in Sag Harbor, first discovered Jackson’s writing as a graduate student in Bennington, Vt., where Jackson lived and worked. In the novel, a pair of young newlyweds take up residence in the home Jackson shares with her husband, a professor, and their children. It is not a serene household by any means, riven by alcohol, infidelity, and Jackson’s obsession with her writing.

The film, directed by Josephine Decker, stars Elizabeth Moss in the title role.