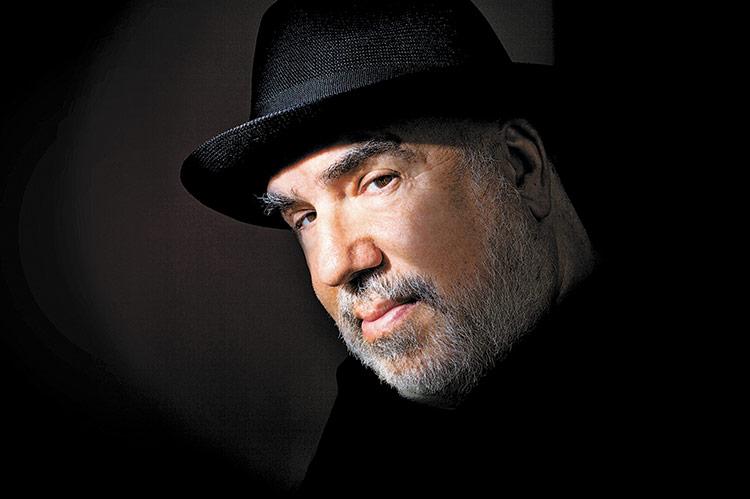 The trumpeter Randy Brecker, who lives in East Hampton, won his seventh Grammy Award this month, the Recording Academy recognizing him for best improvised jazz solo, featured on the song “Sozinho,” from his 2019 album “Rocks.”

Fans of jazz, and in particular the Jazz Jam, the weekly event at Ed’s Lobster Bar in Sag Harbor, will be delighted to learn that Mr. Brecker will be a featured guest artist at next Thursday’s edition, which starts at 7 p.m.

“Rocks” was recorded with the NDR Big Band and revisits several tracks Mr. Brecker originally made with his brother, the late saxophonist Michael Brecker. It also features the saxophonists David Sanborn and Ada Rovatti, who is Mr. Brecker’s wife, and the drummer Wolfgang Haffner.

Ms. Rovatti will also be a featured performer at next Thursday’s Jazz Jam, along with Greg Lewis on Hammond B3 organ and Claes Brondal, the event’s master of ceremonies, on drums.

All are at least semi-regular performers at the Jazz Jam, and Mr. Brecker, who bought his East Hampton house around 30 years ago and has been a year-round resident for almost a decade, is known to perform in it, too. Ed’s Lobster Bar is its current home, the Jazz Jam having recently come full circle — in recent years it has moved from the now-defunct Bay Burger, which was in the same location, to Union Cantina in Southampton and Paola’s East in East Hampton.

An original member of the innovative jazz-rock band Blood Sweat & Tears and a studio musician who has played on a staggering number and stylistic range of recordings, Mr. Brecker maintains an active career, recording, performing, and educating music students around the world.

The Philadelphia native was born into a musical family and grew up inspired by jazz musicians such as the trumpeter Clifford Brown and the drummer Max Roach. “My father was a semi-professional and very good pianist, songwriter, and singer,” he told The Star in 2015, on the occasion of his 70th birthday. “He loved trumpet players, loved Miles Davis. But the main influence back then in Philly was the great Clifford Brown.” Chet Baker, Dizzy Gillespie, Shorty Rogers, Freddie Hubbard, Lee Morgan, and Kenny Dorham were also primary influences, he said.

After appearing on Blood Sweat & Tears’ debut album, he joined the Horace Silver Quintet, later forming the influential fusion group Dreams with his brother. He was a founding member of Eleventh House, a pioneering fusion group led by the guitarist Larry Coryell.

Of the sessions he played on, for an unimaginably diverse array of artists including James Taylor and James Brown, Bruce Springsteen and Judy Collins, “I can’t believe we were doing all that,” he said in 2015. “But that was a sign of the times,” a time when jazz, pop, and rock ’n’ roll “kind of melted together.”

In addition to the upcoming Jazz Jam, Mr. Brecker will be featured in a tribute to the drummer Jimmy Cobb, who is 91, on Tuesday at the Blue Note in Manhattan. He will be a special guest with New Bojaira, which plays a synthesis of jazz and flamenco, on March 21 at Joe’s Pub, also in Manhattan, and later next month will appear at the Amazonas Jazz Festival in Manaus, Brazil.

There is no cover charge at Ed’s Lobster Bar, but a $35 per person minimum applies.