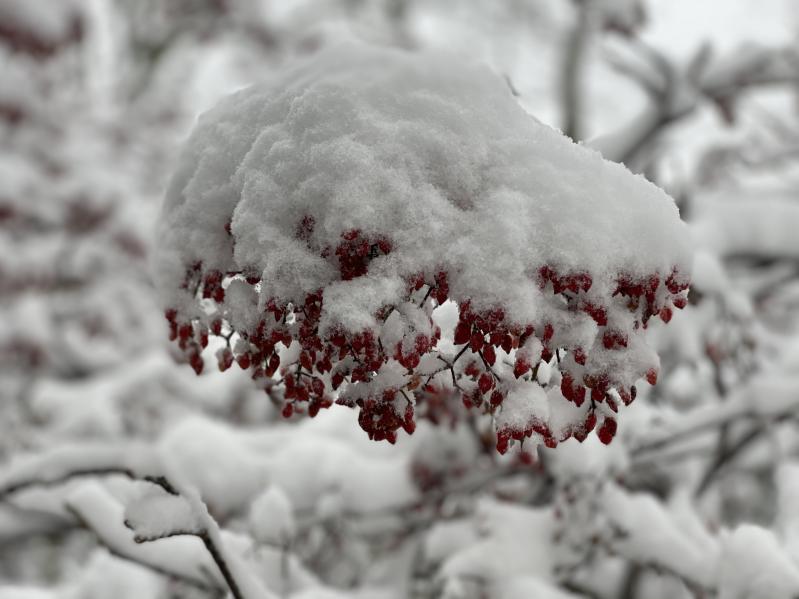 LongHouse's grounds in the winter
By Mark Segal

LongHouse Reserve in East Hampton has announced the addition of four new members to its board of trustees. Dianne Benson, LongHouse’s president, said in a statement, “We’re thrilled to welcome these four trustees who refresh us with their new perspectives: a museum professional to ease our transition from garden to institution, a man of medicine to help guide us through this pandemic, a seasoned political and human-rights activist, and a young artist primarily interested in building things for a new generation.”

Caroline Baumann, who works at the cultural intersection of design, technology, education, and social change, was formerly the director of the Cooper Hewitt, Smithsonian Design Museum in Manhattan, where she oversaw that institution’s renovation, restoration, and reinvention. She is also on the boards of the Rhode Island School of Design and the Royal College of Art U.S.A.

Derick T. George, M.D., is the director of anesthesiology at Mather Hospital and St. Charles Hospital in Port Jefferson and the chairman and a founding member of Long Island Anesthesia Physicians. A graduate of New York University School of Medicine, he completed his postgraduate training and residency at Columbia University College of Physicians and Surgeons, Columbia-Presbyterian Medical Center. Dr. George was recently named Mather Hospital’s Physician of the Year.

Ayse Manyas Kenmore is a philanthropist and human rights activist who has served on the boards of political, social service, human rights, and H.I.V./AIDS organizations, among them Design Industries Foundations Fighting AIDS, the National AIDS Memorial, and the Main Library of the San Francisco Public Library. Ms. Kenmore is also an art collector with a passion for contemporary photography and Orientalist and Ottoman art and textiles.

Fitzhugh Karol’s artistic practice ranges from sculpture and collages that have been shown extensively in galleries and museums to large-scale public sculptures exhibited in Socrates Sculpture Park in Long Island City, Prospect Park in Brooklyn, and the Berkshire Botanical Garden in Stockbridge, Mass., among other venues. His awards include the Lower Manhattan Cultural Council’s Process Space Residency and the Edward Albee Foundation Fellowship. M.S.