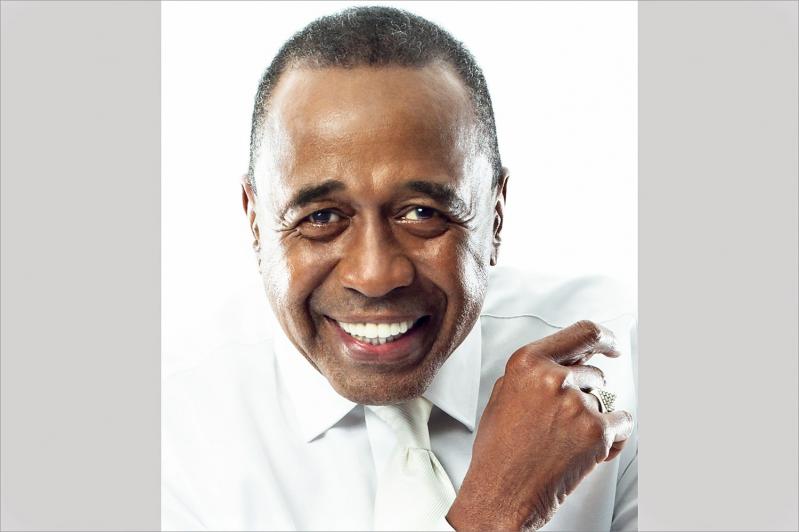 Ben Vereen will lead a virtual master class in acting on Monday through Bay Street Theater.
By Mark Segal

Situated in a village with such a rich whaling history, it's a wonder that Sag Harbor's Bay Street Theater has not previously presented a theatrical production of Herman Melville's "Moby-Dick." That will change on Tuesday evening at 8, when the theater's Literature Live! series will stream a 90-minute version online.

Adapted by Allen O'Reilly, the theater's director of education and community outreach, and directed by Will Pomerantz, its associate artistic director, the play features the celebrated actor and East End resident Harris Yulin as Ahab. Joining him is a roster of Broadway and stage veterans including Dan Dominguez (Starbuck, Bildad, and Sailor); Wonza Johnson (Ishmael), Nehal Joshi (Flask, Peleg, Fedallah, and Gardiner), John Kroft (Melville), and Trent Saunders (Queequeg, Captain Boomer, and Sailor).

Video effects and editing are by Mike Billings, the original musical score is by Michael Holland, and Meghan O'Beirne has designed the costumes. Audience members can participate in a question-and-answer session via Zoom after the online premiere.

According to Mr. Pomerantz, “This production will go well beyond the normal empty ‘Zoom boxes’ presentation, with actors merely appearing in street clothes in their bedrooms. Instead, all actors will be costumed, and will appear -— via the magic of green screen technology —- in front of exciting backdrops and settings . . . All the design elements are being created remotely . . . and a wonderful original musical score will be created to add yet another dimension. . . .” Tickets, available from the theater's website, are $20 per household.

Now in its 12th year, Literature Live! is a BOCES-approved Arts-in-Education program designed specifically for middle school and high school students, with their teachers and administrators. Plays are chosen from standards-based literature and are supported with teacher-developed lesson plans and reference materials. All performances are free for school groups.

Acting Class With Ben Vereen
Master Class With Ben Vereen, a one-day online acting class led by the award-winning actor, will take place Monday from 7 to 9 p.m. via Zoom. The class will be available to only 12 students, whom Mr. Vereen will guide through the craft of character acting and interpretation.

Since winning Tony and Drama Desk awards for his role in the 1972 musical "Pippin," Mr. Vereen has starred in the musicals "Jesus Christ Superstar," "Fosse," "Hair," "Jelly's Last Jam," "Chicago," and "Wicked," and the films "Sweet Charity" and "All That Jazz," among many others.

Registration for the class is open to adults ages 18 and up with previous experience in the performing arts. Participants have been asked to prepare a monologue of no longer than 90 seconds, or 16 bars of song with an accompaniment track. The cost is $99.

New Trustee
Dan Gasby, the C.E.O. of the B. Smith retail brand he co-founded with his late wife and business partner, B. Smith, has been elected to the board of trustees of Bay Street Theater. Mr. Gasby and Ms. Smith's collaboration included magazines, television shows, books, and restaurants in Manhattan, Sag Harbor, and Washington, D.C.

In addition to his successful television sales and production career, Mr. Gasby is a spokesman for Alzheimer's disease awareness; he was instrumental in bringing about the Alzheimer's Semipostal Fundraising stamp. Ms. Smith died earlier this year of early-onset Alzheimer's.

Trees, Wreaths for Sale in Amagansett
Holiday Cheer Is Coming to Sag Harbor
Even More Thanksgiving Options From the Pike and Old Stove
END_OF_DOCUMENT_TOKEN_TO_BE_REPLACED