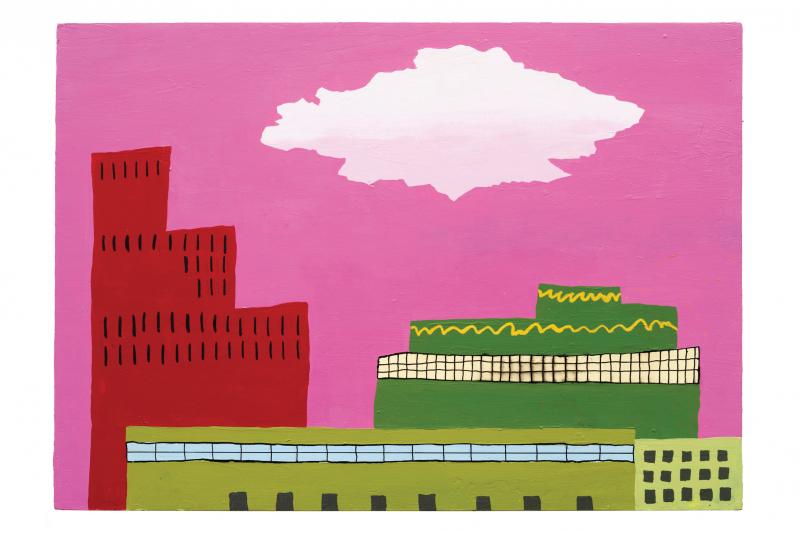 The Amagansett streetscape will soon suffer a significant loss with the closing of Ille Arts, which has been a vital source of culture and visual art in that hamlet at two different locations since March 2012.

Through its art shows that brought local and regional artists together, the edgy and youthful ’zine shows, readings, lectures, and performances, Ille Arts was a popular place to convene for those interested in arts, letters, and culture.

Sara De Luca, the owner and curator of the gallery, is exhibiting paintings by her husband, Don Christensen, in “Little Village/Small Town” and sculpture by Elizabeth Levine in a show titled “Naughty or Nice.”

Mr. Christensen, a silent partner in the enterprise, has been showing at the gallery regularly since its opening. His latest series is a small set of acrylics on plywood, no bigger than the size of an easel. What they lack in dimensions they make up for in sheer number and vibrancy. Resembling buildings, for the most part, they seem a natural outgrowth of the artist’s massing of multicolored forms in ways that were previously more abstract.

There is a hopeful buoyancy in these paintings, with their flat and happy color, sometimes resembling Precisionism and sometimes that earlier massing of different shapes now more defined or with crosshatched lines for windows. 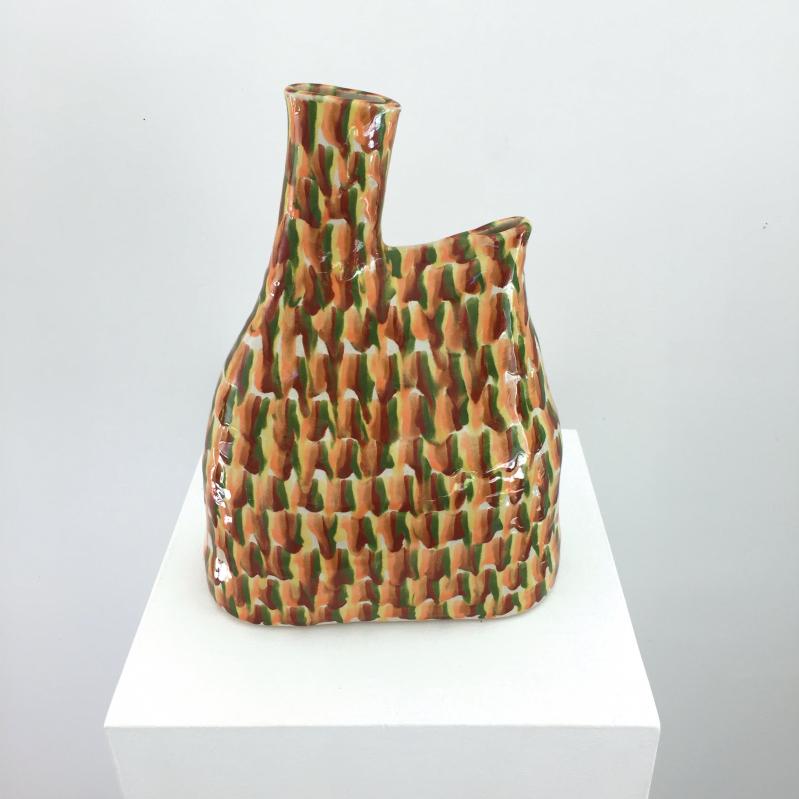 Typically fanciful, the compositions tend to romanticize urban settings. Mr. Christensen includes, however, an homage to a beach house, in one case, or the depiction of a bridge in another to honor a friend. The titles can be specific and descriptive or more abstract in concept. There is “Publishing House,” but also “Happiness, Contentment.” There is “Canyon City Jail” and “Good Neighbors” or “Sunday.” Some structures are something completely different, such as “Truk,” which resembles a “Truck.”

They are all recent and appear to be very personal, from the works that mention people by name, such as “Jimmy’s Tokyo House” or “Mary W’s Beach House” and “Drake’s House,” to something like “Downtown Artist Neighborhood,” which seems like a utopian biographical detail.

Even though each painting stands on its own, the number of them placed together has the feel of earlier groups of paintings that the artist has hung together as an installation. Here, it takes on a further allusion to an alternate world defined by his conceptions. There’s a sense of energy directed outward in these works in a transformative experience or one of escape.

Ms. Levine’s ceramic works are both abstract and anthropomorphic, with protrusions and orifices that are so far removed from human form they almost get away with making viewers think they are reading too much into them. Yet there is no mistaking the tongues that emerge from the four sleeves of “Get Your Nasty On.”

The artist has several series of work. Elements of this particular grouping seem tied to her “Secret Lives” series, which she describes as dealing with obsession and arousal.

“Ooh La La,” from last year, looks like a snake that could easily eat itself. “Pink Peaks” and “White Peaks” are pretty much as advertised. A piece called “Ooze” appears to do just that in the form of a kind of stepped vase structure.

She describes her earthenware and stoneware pieces as “hand built” as opposed to handmade. This indicates that she sees them as something other than what we are used to dealing with in ceramics. It may have something to do with gender as well, given the variety of sexual allusions on display. She may be implying that she sees herself apart from whatever cultural allusions there are in the feminine act of dealing with clay.

Ms. Levine’s “Drip Pots,” different from the others in overall form and specific intent, once again play with the push-pull of masculine and feminine types, with their long necks that are open at the top. In just about a dozen pieces, she has given us lots to ponder.

These exhibitions will remain on view until Saturday, when the gallery shutters for good. 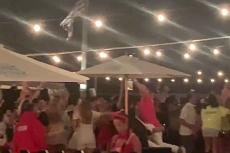