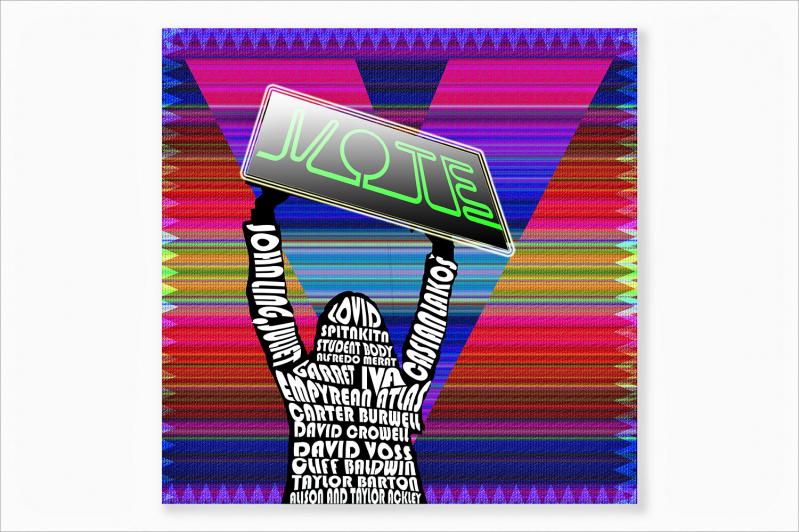 Musicians from all over Suffolk County have banded together to make an album of new music to raise money for a congressional candidate.
Carlos Morales
By Jennifer Landes

Artists for Nancy, a group of visual and performing artists and writers who support the Democratic candidate for Congress Nancy Goroff, have released an album to raise money and awareness for her campaign against the Republican incumbent Lee Zeldin in New York's First Congressional District.

According to Ms. Casian-Lakos, who brought the musicians together for the project, "Work for artists and musicians slowed down to almost zero because of Covid-19, so we directed our energy and time toward activism. We want to make an impact through our art, and to also show that artists are a valuable work force."

She said the idea to make an album came from trying "to find a way for local musicians -- including myself -- to also contribute to our message." In addition to being a way to raise money, "it's beautiful to see Suffolk musicians from different backgrounds and generations come together to support our message to vote and support Goroff."

A Mexican-American who performs internationally as a cellist, singer, and improviser, Ms. Casian-Lakos is also "involved in several multimedia collaborations, such as Synesthetic Project, which combines experimental classical music and improvised music with video and dance."

Mr. Burwell, who is known for his film score collaborations with the Coen Brothers and Todd Haynes, has contributed an unreleased track. Other familiar East End names are Spitnkitn, Ms. Barton, and Mr. Merat. Spitnkitn is the punk-pop trio of Lindsay Morris, Susan Nieland, and Barbara Dayton, all three of whom are also visual artists. Ms. Barton is a singer-songwriter known for her evocative lyrics and traditional rock style. Mr. Merat reflects his Spanish birth and Bordeaux childhood through Latin-influenced compositions and recent projects inspired by Jacques Brel.

Empyrean Atlas, led by David Crowell, is a minimalist rock quintet of multitasking musicians. The music "pulses with small, ecstatic fibrillations," according to The New York Times. Mr. Crowell has also contributed a solo track and composed the music played by Ms. Casian-Lakos and his band on the album.

Mr. Baldwin is a composer, sculptor, and filmmaker who lives and works in Aquebogue. His work is in several national museums, and he composes for his film and music ensemble ACME. He is the director of Aqui Editions, an online source for artists books, prints, and multiples.

The Ackleys are a husband and wife team who have performed together since 2015 when they founded the Deep Roots Ensemble. They share his background in traditional American music with her experience as a classical chamber musician, united by a two-part harmony in their singing.

Ms. Garrett, a singer-songwriter based in New York and London, closes the album with a song that reminds listeners that their vote is their voice. Carlos Morales designed the album art.

The album can be accessed with a donation of $10 or more to the Nancy Goroff campaign through her website goroffforcongress.com. A screenshot of the receipt is required by email at [email protected] in order to access the private code to download the album.

Trees, Wreaths for Sale in Amagansett
Holiday Cheer Is Coming to Sag Harbor
Even More Thanksgiving Options From the Pike and Old Stove
END_OF_DOCUMENT_TOKEN_TO_BE_REPLACED