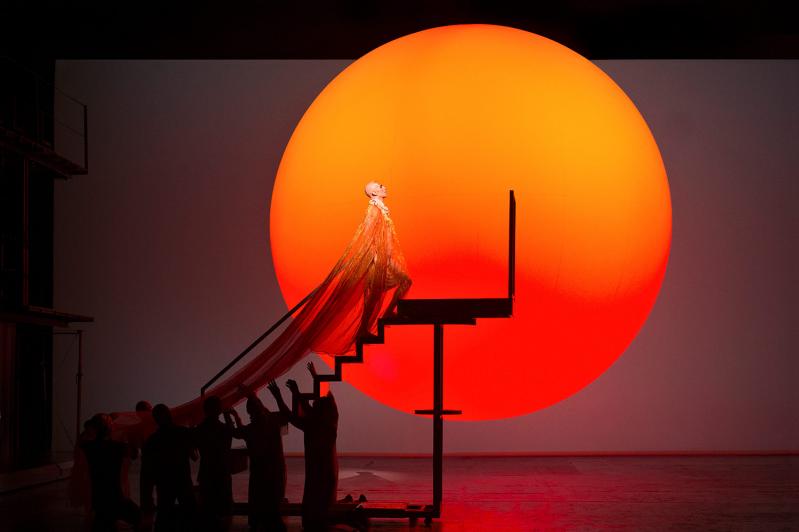 The Met: Live in HD will simulcast the company’s premiere of Philip Glass’s opera “Akhnaten” on Saturday at 1 p.m. at Guild Hall. Written in 1983, it is, according to the composer’s website, “the third in a trilogy of operas about men who changed the world in which they lived through the power of their ideas.”

The opera describes the rise, reign, and fall of the Egyptian pharaoh Akhnaten. The subjects of the other operas in the trilogy are Albert Einstein (“Einstein on the Beach”) and Mahatma Gandhi (“Satyagraha”).

The libretto of “Akhnaten” is by Mr. Glass in association with Shalom Goldman, Robert Israel, Richard Riddell, and Jerome Robbins. The text is sung in the original languages, linked by a narrator’s comments in a modern language.

Anthony Tommasini of The New York Times called the opera “a spellbinding meditation on the tumultuous rule of . . . Akhnaten, who is said to have pioneered monotheism and been overthrown for that blasphemy.”

Phelim McDermott directs the production, which stars Anthony Roth Costanzo, a countertenor, in the title role, and J’Nai Bridges, mezzo-soprano, as his wife, Nefertiti, along with a company of acrobats and jugglers. Karen Kamensek conducts.

Tickets are $23, $21 for members, $16 for students, and $101 with a post-event dinner hosted by The East Hampton Star at the Maidstone Hotel.

Also at Guild Hall, Our Favorite Variety Show will preform “I Dream of Genie: Diva Show,” a cabaret featuring drag queens, music, and comedy, on Sunday at 6 p.m.