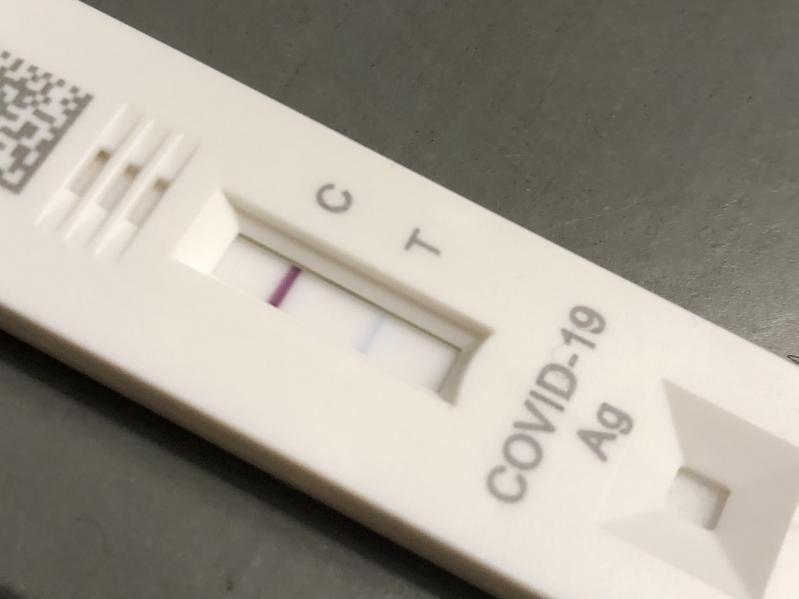 The true positive Covid-19 infection rate is likely much higher than what is reported by public health authorities given the availability of home testing kits.
Carissa Katz
By Christopher Walsh

Amid the New York City Health Department’s recommendation that face masks should once again be worn in public indoor settings and crowded outdoor settings due to high transmission levels of Covid-19, the number of new infections and hospitalizations on the South Fork is of growing concern, Councilwoman Sylvia Overby told the Wainscott Citizens Advisory Committee on Saturday.

The BA.5 subvariant of the virus’s Omicron variant, which is more contagious than previous variants, is now the dominant strain in the United States.

According to a discussion with Robert Ross, Stony Brook Southampton Hospital’s vice president of community and government relations, there were seven patients hospitalized for Covid-19 there as of July 5, Ms. Overby said. There were 49 Covid-19 patients at Stony Brook University Hospital, an increase of eight over the previous two weeks. Four of the 49 were in an intensive care unit, and of those, two were on ventilators, she said. “They haven’t seen a decrease in either for two weeks now,” Ms. Overby said of the two hospitals, with the former averaging around 10 Covid-19 patients and the latter around 50.

Eastern Long Island Hospital in Greenport had six Covid-19 patients, “the highest I’ve seen in a while,” Ms. Overby said. That hospital has often had no more than one Covid-19 patient at a given time.

The samples are small, but at the town’s testing site on Stephen Hand’s Path, operated by CareONE Concierge, the infection rate of those tested has been in double digits for eight consecutive weeks. Of 51 tests conducted during the week of July 3, nine were positive, for a rate of 17.65 percent. The previous week saw five positive tests among 39 tested, a 12.82 percent positive rate. For three consecutive weeks in May and June, the weekly positive rate ranged from 17.78 percent to 21.31 percent.

In contrast, the positive infection rate at the town’s testing site was barely 2 percent at the beginning of April, Supervisor Peter Van Scoyoc noted at the town board’s meeting on Tuesday. It is true that current weekly statistics are based on small samples, he said, “but it’s still alarming to see this increase.” In fact, he said, the true positive infection rate is likely much higher given the availability of home testing kits.

Suffolk County recorded a daily positive rate of 9.7 percent on Sunday, based on 44,944 tests received, according to New York State statistics. The seven-day average was 9.2 percent. The county recorded 941 positive tests on Monday, with another 865 recorded in Nassau County.

Long Island’s seven-day average infection rate was 10.85 percent on Monday, the highest among the state’s 10 regions. Its seven-day average of cases per 100,000 population stood at 44.19, the second highest in the state and barely lower than that of New York City.

“It’s still there,” Mr. Overby said of the virus that has killed more than one million Americans. “It’s still a concern. . . . Please be aware and be careful.”

Stony Brook Southampton Hospital is not offering Covid-19 vaccines in July and August, she said, but may resume offering booster doses in the fall. Vaccines are available at local pharmacies and doctors’ offices.

Free tests kits are available at Town Hall, while supplies last. Test kits are limited to two per person.

Mashashimuet Park's History and Future
A Conference for Young People to Create Solutions
Get Outside, Get Moving
END_OF_DOCUMENT_TOKEN_TO_BE_REPLACED