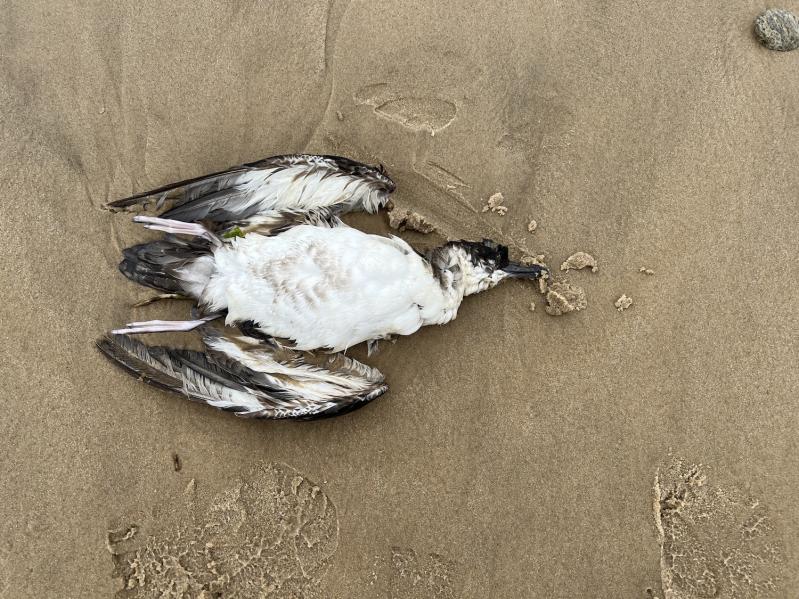 In the last week, northern gannets and both great and sooty shearwaters, pelagic seabirds that seldom come to land, have been washing up either dead or in very poor condition on East End beaches. From Montauk to the North Fork to Westhampton, reports of up to 30 dead or dying birds have come in to the Evelyn Alexander Wildlife Refuge in Hampton Bays.

Ginny Frati, the founder and executive director of the refuge, sent three dead sooty shearwaters to the Cornell Duck Research Laboratory in Eastport for necropsies. The birds “were all negative for avian influenza and have only poor body condition suggesting starvation,” Gavin Hitchener, the laboratory director, told her in an email.

The birds are now being tested further for disease.

Ms. Frati said that if someone comes across an “unusual amount of birds they’re supposed to call the State Department of Environmental Conservation or the U.S. Fish and Wildlife Service.” However, she said, the D.E.C. had told a refuge receptionist that they “weren’t going to investigate the dead birds.”

People who come across a single bird that is alive and struggling can call the Wildlife Refuge and it will do “everything we can to help it,” she said,

The Department of Environmental Conservation said in a statement that it had seen photos of dead shearwaters at Ditch Plain in Montauk. “Following storm events, it is not unusual for pelagic (open sea birds) to wash up on area beaches, especially after winds shift to a southerly direction, which push birds killed during a storm to the shoreline.” Since birds washed up as far west as Westhampton, the D.E.C. surmised that it was “likely a storm-related incident.”