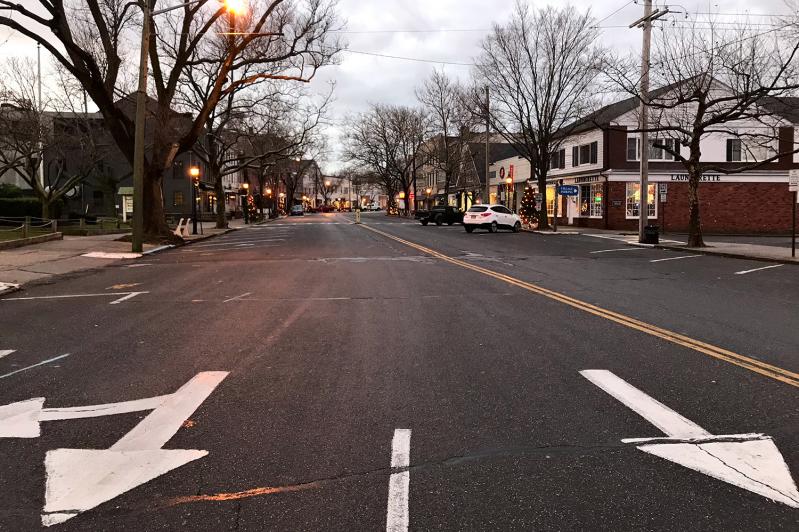 Starting Monday, anyone traveling through the heart of Sag Harbor Village might experience traffic snarls, as National Grid begins replacing the gas main underneath Main Street. Workers will be on site between 7 a.m. and 4 p.m.

“There is no avoiding what that means,” Mayor James Larocca said at the most recent meeting of the village board. “The sidewalk will not be inhibited on the west side of Main Street,” he said, “but certain parking along there will be disrupted.”

“Everything is on schedule,” Dee Yardley, superintendent of the Department of Public Works, said. “It’s been permitted and greenlighted.” He said it’s possible some machinery and pipes could begin to show up in the next couple of days. “It’s going to be four months.”

“That timeline seems excessive,” said Ron Reed, co-owner with his wife, Patricia, of Matriark, a shop at 133 Main Street. “May is cutting it close to season start, and you know there will be delays.”

“We will be done before May,” said Wendy Frigeria, a spokeswoman for National Grid. “It’s just that we can’t do the final repaving before the weather turns warmer.”

Work will take place from Stella and Ruby, a children’s clothing store at the Spring Street intersection, to Grindstone Coffee and Donuts at the other end of Main Street. The road will be excavated so that National Grid can lay the new pipe. Smaller areas of Madison, Rose, and Spring Streets will also see construction.

“The current pipe is still working fine,” Ms. Frigeria said, “but we replace it with brand-new pipe to ensure reliability and safety for the system. . . . There will be a path for the pedestrians.”

“It’s such an inconvenience, but actually there’s no better time to do it,” said Gabriella Fisher, the owner of Stella and Ruby.

“We met with National Grid and are insisting on every protocol,” Mayor Larocca said. Two lanes of traffic will be maintained at all times, and the project will be sequenced in sections, so the entire length of Main Street will not be torn up all at once.

Nonetheless, “brace for it,” Mr. Larocca said. “As we used to say in public works, there is no gain without some pain. This is going to test some of that.”

“We hope to have it fully done with a good-looking repaving by the start of the season,” the mayor said.