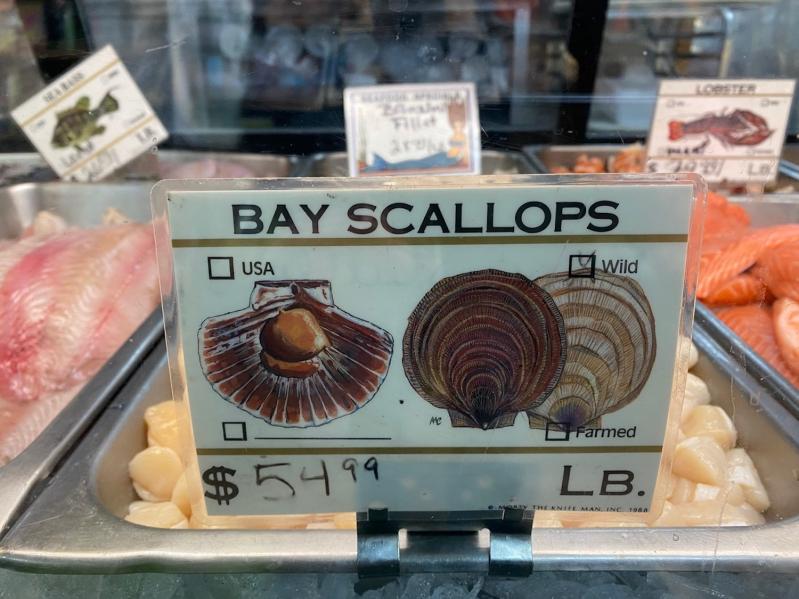 For lovers of bay scallops, hope gave way to disappointment for a fourth consecutive year, with scattered finds in East Hampton Town and New York State waters since they were opened to the annual harvest.

Waters under town trustee jurisdiction opened on Nov. 13, following the Nov. 7 opening of state waters. The town code allows the taking of scallops from trustee waters between the third Monday in October and March 31 of the following year, but the trustees have traditionally opened their waterways shortly after the opening of state waters to allow additional time for them to spawn.

Local waters once again experienced a significant die-off of mature scallops, however. A combination of stressors, including high water temperature, low dissolved oxygen, ocean acidification, and a coccidian parasite are believed to be responsible.

Stuart Heath, a Montauk bayman, said on Monday that he had harvested around a bushel or bushel and a half of the delicacy in Lake Montauk and Three Mile Harbor, but there was “no set anywhere, just a handful here and there.” There were “hardly any” in the state waters of Northwest Harbor, so he did not bother to look, he said. “Nothing in Napeague, nothing in Accabonac,” he said of those waterways. “I heard there was a handful at Orient, but I think they were caught up pretty well in the first week.” Commercial fishermen can harvest up to 10 bushels per day.

“I didn’t even bother to go,” said Nat Miller, a commercial fisherman who lives in Springs. “It’s one of those things where there’s a few in town waters, but not enough. I’m a full-time fisherman, I can’t go work on dribs and drabs. And, two, a lot of my customers are local people, and at $40 to $50 a pound, the way the economy is now, with the cost of living and inflation, seafood is a luxury. . . . I don’t feel it’s enough to support what I do for a living.”

“Very slim pickings,” was Crystal Durst’s assessment on Monday at Stuart’s Seafood Market in Amagansett, where bay scallops in the refrigerated display case were offered at $54.99 per pound. “We lucked out — we just got a bunch in this morning,” she said, “but we’ve had hardly any to speak of.” What had come to Stuart’s was harvested from Northwest Harbor, she said, but the seller “wouldn’t tell me exactly where he was. They found a little pocket, and hopefully we’ll get a few more, but I don’t expect to have them for the duration of the season.”

Twenty-five pounds of scallops “went immediately,” she said, “and I got in about another 30 pounds.” Sales are brisk despite the cost, Ms. Durst said. “People are excited to see them, even though they’re really high in price. There’s a slice of people that just can’t afford it. Some people just do it once a year as their little treat for themselves, but it’s a pretty expensive treat. But if you go to a restaurant, they’re probably going to give you a quarter-pound, so you’re better off doing it yourself.”

A chef at a popular East Hampton restaurant who asked not to be named said on Monday that the cost for bay scallops was such that they were not on the menu.

“We’re not seeing much at all” at the Seafood Shop in Wainscott, Colin Mather agreed on Monday, where bay scallops harvested off Nantucket, Mass., were offered for $58 to $60 per pound. “A few,” he told this reporter of the harvest. “Not enough to really make an article about it.”

“Or a meal,” the reporter observed.