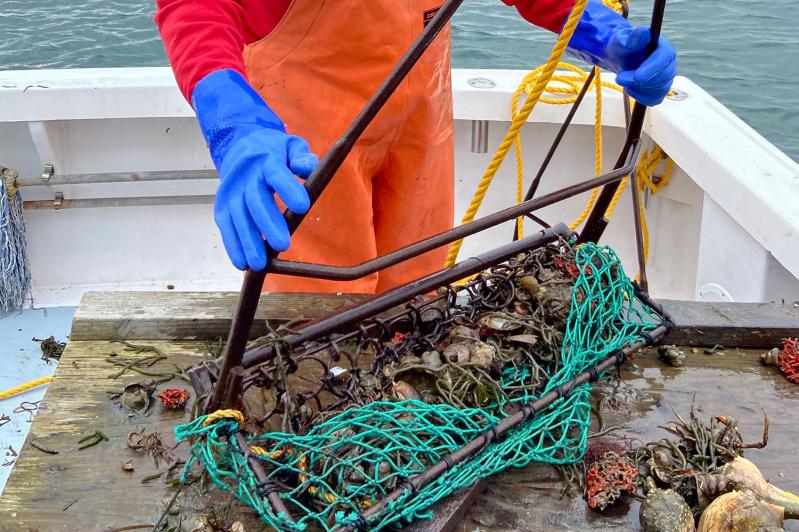 The bay scallop harvest in the Peconic Bay estuary was a disaster last year, and it's looking like 2021 could be equally bad.
Jon M. Diat
By Jon M. Diat

It was news that nobody wanted to hear. For the third summer in a row, there has been a massive die-off of adult bay scallops in the Peconic Bay estuary system. If they had survived, the scallops would have been ready for harvest in early November, when the five-month season opens. It is yet another tough blow for local baymen who harvest the bivalves and for those who enjoy their sweet flesh.

"I don't know what to tell you," said Danny Lester, a full-time bayman in Amagansett, "but something really wrong is going on."

"I'm not very optimistic at all," said Stephen Tettelbach, a Long Island University ecology professor, who heads the Cornell Cooperative Extension's Peconic Bay Scallop Restoration Program. Dr. Tettelbach's team conducts periodic dives of the bottomland in seven locations during the year to check on the status of the growing scallops. "In early July, they seemed to be doing fine, but in our most recent dives, we've seen about 90 percent of the adult scallops dead or in the process of dying."

Dr. Tettelbach did observe that Napeague Harbor has yet to have a significant die-off. "So far, Napeague is seeing some mortality, but not to the extent of the other areas," he said. Cornell Cooperative Extension will conduct another series of dives in mid-September, including in Napeague Harbor.

Dr. Tettelbach said that as in the two previous summers, juvenile scallops that were spawned in the spring have not been adversely affected. "Right now, we're seeing a very high level of juvenile scallops in all of the sites," he said. "Unlike the adults, they seem to be doing well, but time will tell." Bay scallops, which can lay up to two million eggs when they spawn in June, have a life span of around 18 months. This year's larval scallops would be ready for harvest by November 2022.

"It's frustrating to hear of this news," Colin Mather, the longtime owner of the Seafood Shop in Wainscott said on Sunday morning. Bay scallops are much sought after by his customers when they become available in November. "There is always a strong demand for them. They are one of the most popular items we sell. Just about every restaurant out here offers them when they're around too."

Mr. Mather said that he could sell upward of 150 to 200 pounds of scallops a day when they are plentiful. "People really buy them up around the holidays, too. It's become a tradition for many out here."

Last year, Mr. Mather resorted to occasionally buying bay scallops from Nantucket to help satisfy demand. "Not only were they hard to get, but the price for them was very high," he said; they were retailing for $45 to $50 a pound. "We really were not making money on them. They were basically a loss-leader for us."

Cornell Cooperative Extension, in collaboration with scientists from Stony Brook University and Long Island University, continues to investigate the causes of the die-offs. Initial reports indicate they resulted from a combination of factors, including high water temperatures, low dissolved oxygen levels, and a newly discovered bay scallop parasite, in conjunction with the physiological stress of spawning. Predation by invasive cownose rays may also be playing role.

Prior to the mid-1980s, catches of bay scallops supported a commercial fishery with a dockside value of up to $2 million per year. Including economic multipliers, the fishery annually contributed more than $10 million to the local economy. At that time, there were upward of 600 full-time baymen, many of whom relied on the popular bivalves as their primary source of income.

"Scalloping has gone on here since the early settlers arrived," said Harvey Bennett, the owner of the Tackle Shop in Amagansett. Mr. Bennett's family has worked on the water on the East End for 13 generations. "Growing up as a kid here, we all went scalloping and helped out in the shucking houses cleaning bushel after bushel of them. The scallop is probably the most iconic seafood item that people associate with eastern Long Island."

The bad news for scallops began in 1985, as series of brown tide algal blooms decimated bay scallop populations and pushed them to the brink of extinction. With the disappearance of the scallop fishery, most baymen had to leave the water and find other jobs, retire, or move out of state. Bay scallop restoration efforts commenced in 1986, with periodic success over the following 30 years.

The East End scallop population enjoyed a few good years; however, in 2019, a massive die-off of adult bay scallops occurred throughout the Peconic Bays, with declines in population sizes and commercial fishery landings of over 95 percent. In 2020, another mass die-off occurred, with a mortality rate of over 98 percent of adult scallops occurring between May and October.