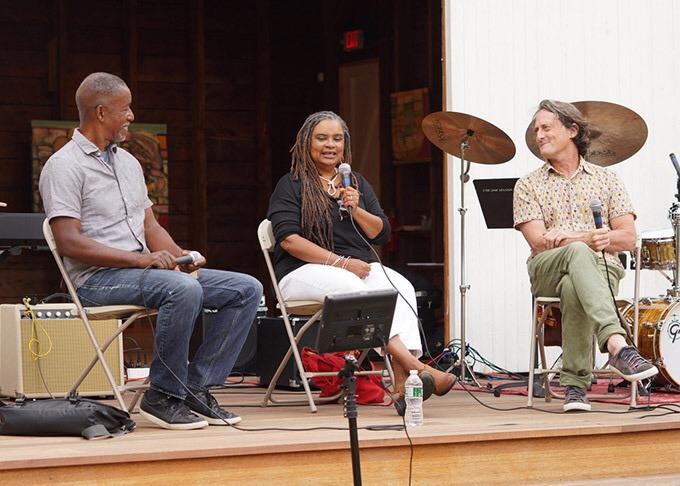 The Village Preservation Society of East Hampton has awarded a $1,500 grant to the Plain Sight Project, a collaboration between The East Hampton Star and the East Hampton Library that is in its fourth year researching the history of slavery here.

Mary Busch, the grants committee chairwoman of the Village Preservation Society, said that in the spring of 2020, the Black Lives Matter movement spurred the society to a national and international search for an organization to which it would provide a grant. However, after learning about the Plain Sight Project during a presentation at Duck Creek Farm in Springs, Ms. Busch said she was impressed with its research, and brought it to the attention of the society.

"We thought what we were able to do would be most beneficial to a local organization," she said in an interview this week. "I feel that it's very important to promote this greater understanding of the role that slaves played in the formation of this whole community. I think it's a missing part of our history here, and we'll all be better for understanding how it all came about."

Co-directed by Donnamarie Barnes, the curator and archivist at the Sylvester Manor Educational Farm on Shelter Island, and David E. Rattray, editor in chief of The East Hampton Star, the Plain Sight Project has also received support from Humanities New York and private donors. Researchers from Southold and Southampton Towns, along with students from East Hampton High School, have contributed their time and talents.

In its effort to "restore the stories of enslaved persons to their essential place in American history," the Plain Sight Project has received official nonprofit status from the federal government, making donations tax deductible. More information is online at plainsightproject.org.

The Plain Sight Project was featured on NBC News on Feb. 3. A link to the segment can be found at twitter.com/plainsightny.