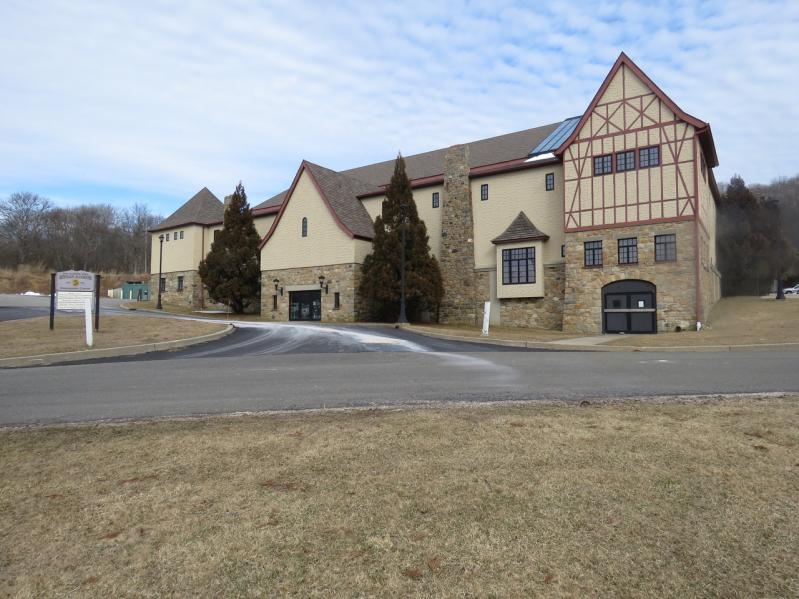 An anonymous gift of $1 million in December helped the Montauk Playhouse Foundation reach the $7.5-million mark as it works to raise money to build a aquatic and cultural center at the Playhouse.
Jane Bimson
By Christine Sampson

An anonymous donor in December gave $1 million to the Montauk Playhouse Community Center — its largest private gift to date — as the nonprofit organization continues to fund-raise for the aquatic and arts center it first envisioned in 1999 in partnership with East Hampton Town.

In an announcement Monday, Perry B. Duryea III, the organization’s chairman and a longtime Montauk resident, described the donation as inspiring.

“This is a significant moment for the Playhouse Foundation and for Montauk,” he said. “A gift of this size is a clear sign that our community believes in this project and in the future of Montauk. We want to thank the donor for supporting our mission to complete this project.”

Plans call for a 25-yard fitness pool and a 30-by-30 foot leisure and therapy pool on the lower level. Upstairs, the plans are for a 250-seat cultural arts center and flexible event space. The two parts of the project account for about 13,000 square feet — half of the size of the entire building, which also houses a satellite town clerk’s office, a senior citizens’ center, a community gym, day care center, and other services.

In July, Mr. Duryea and Julia McCormack, the foundation’s director of development, said the construction project is expected to cost about $11 million with an additional $2 million needed to launch and sustain programs there. Since 2006 the foundation has raised $7.5 million for the project.

“We are grateful to the donor for their commitment toward completing this pro­ject for the Montauk community,” Ms. McCormack said in a statement. “This unrestricted gift will provide the foundation with great flexibility and will encourage others to participate in this vital community endeavor.”

The year 2019 marked the third straight year of significant fund-raising by the Playhouse Foundation, the group said. East Hampton Town pledged $3 million in 2017, and the foundation generated close to $1 million in donations in 2018. Mr. Duryea previously called the construction project “the largest private undertaking that has ever happened here in Montauk.”

The foundation had at one time hoped to break ground in 2018 and hold a grand opening in 2020, but last summer it announced a revised cost estimate and timeline for completing the project, anticipating it would take three to five years longer than originally planned.