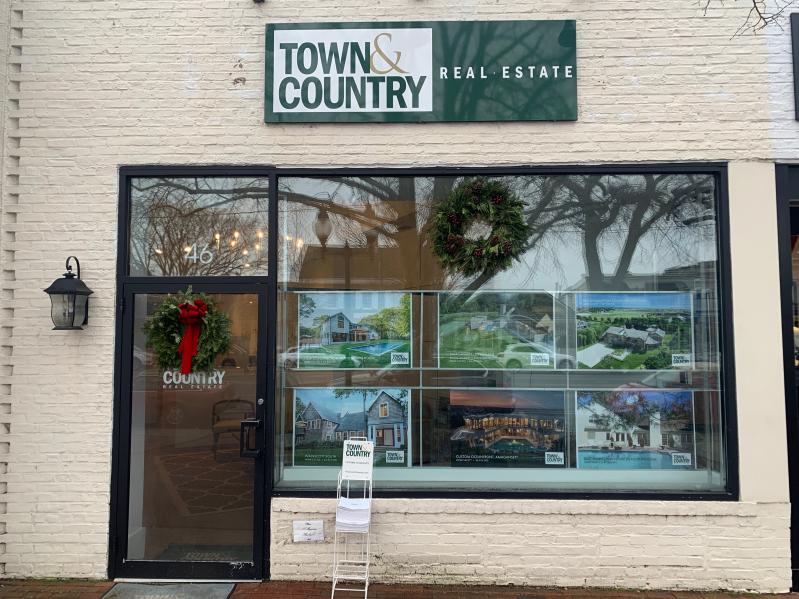 After nearly a full year of dismal real estate sales, the East End market has begun to heat up, according to several  brokers.

“Something happened in , and buyers started snatching up homes that had been sitting on the market for months,” said Judi Desiderio, the president of Town and Country Real Estate.

Todd Bourgard, a regional vice president at Dougas Elliman, agreed. “The fourth quarter has been a boom, it really has exploded,” he said.

“It’s been a waiting game,” said Rebekah Baker of Sotheby’s International Realty, but finally “buyers said, ‘Enough is enough, I want a place out here, and I want this house.’ ”

The year had begun on a decidedly sour note. Assemblyman Fred W. Thiele Jr. sends out monthly reports on the status of the Peconic Bay Community Preservation Fund, which provides money for land preservation and water quality improvement, and receives the proceeds of a 2-percent real estate transfer tax in the five East End towns: East Hampton, Southampton, Shelter Island, Southold, and Riverhead.

In his first report of 2019, Mr. Thiele announced that C.P.F. revenue for January had been nearly 45 percent lower than the previous January, and the lowest since March 2013. On Monday, he released the latest report, which estimated revenue for the year at about $76 million. “This would be the lowest annual total since the 2008 to 2012 period during the Great Recession,” he said.

Real estate sales languished well into the fall, which Ms. Desiderio described as a particularly “sketchy” time for the market.

In a normal week on the East End, she said, there would traditionally be about 120 house closings, that is, finalized deals. In a good week, that number could reach 200. “There was one week this fall when there were only 24 transactions,” she said, and a few other weeks when only about 50 or 60 deals had been struck. “There hasn’t been a lot of happiness out there. It’s been like Chicken Little.”

The East End is a luxury market, said Ms. Desiderio, and there are only two reasons to buy a house here: “If you feel it’s a good investment or when you’re feeling happy about life.”

A sense of unease, both in the United States and internationally, had made potential buyers “pump the brakes,” she said. Not even New York City’s finance titans had come to the rescue. “I have always said our market is umbilically connected to Wall Street, but this year that didn’t happen,” said Ms. Desiderio. “The stock market flew, so it’s not like the money isn’t out there.”

In his January report, Mr. Thiele had suggested that real estate sales here had been negatively impacted by the tax reform law signed by President Trump in 2017, which limited mortgage interest deductions, and placed a $10,000 cap on the amount of state and local taxes — including property, income, and sales taxes — people can deduct on federal returns. Jonathan Miller, a real estate analyst who prepares the quarterly reports for Douglas Elliman, has also cited that as a cause.

“When a new law comes into place, people wait to see its effects,” said Mr. Bourgard. Now, he said, buyers have had a chance to factor in the tax bill’s ramifications. “Deals are being made, and we’re heading into a good first quarter,” he said.

Buyers, however, are being persnickety about details, said Ms. Baker. “In a buyer’s market, people are checking to make sure everything’s right, so deals have been taking a longer time to come together,” she said.

Ms. Desiderio is optimistic about the first half of 2020, but she’s less sanguine about the second half, because not only is it a presidential election year, “it’s a very contentious election year. Nobody’s happy in politics. The election is going to be a circus, and it’s going to draw attention away from everything else,” she said.

That prediction may make sellers want to take advantage of the first six months of 2020 by lowering asking prices in an effort to secure a buyer, but Ms. Desiderio said that might not be the best plan for everyone. “It’s all about your personal needs,” she said. “We may not see a turnaround in the market for three years. If you can hold on for three to five years to get the price you’re looking for, fine. If not, don’t wait, otherwise it’ll be like trying to catch a falling knife.”