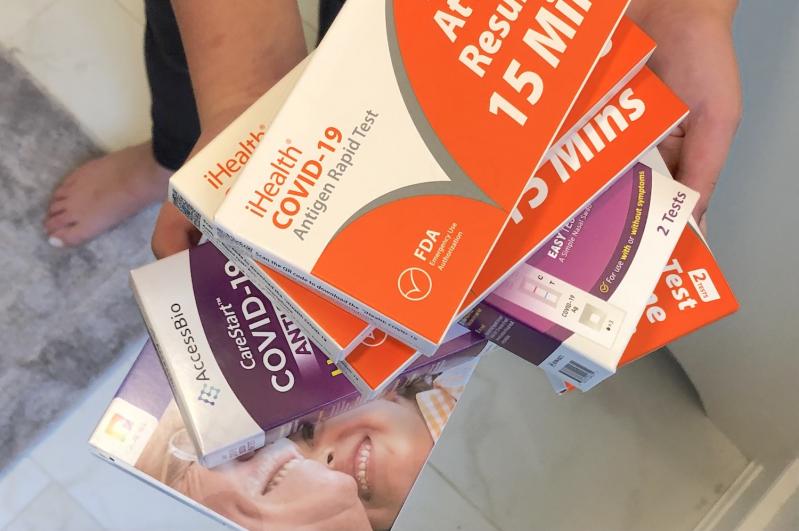 Despite a significant uptick in Covid-19 cases, including the designation of Suffolk and Nassau Counties as a region now at high risk of virus transmission by the federal Centers for Disease Control, the number of patients admitted at Stony Brook Southampton Hospital has remained in the single digits over the last few weeks. There were three on Tuesday this week, after the hospital had eight last week.

"'Resurgence' is kind of an awkward word. I'd characterize what we're seeing now as having gone from epidemic proportions to endemic proportions," Dr. Fredric Weinbaum, the hospital's chief medical officer, said this week. "We're going to have to learn how to live with it when community spread goes up like it is now. We are going to have recommendations from both the C.D.C. and local health authorities that we use masks in indoor spaces — that's true now, actually."

East Hampton Town Supervisor Peter Van Scoyoc announced Tuesday that 6.52 percent of tests administered at the CareONE Concierge testing facility on Stephen Hand's Path were positive on May 13, or 3 out of 46. The prior week's rate was 11.32 percent.

"Hopefully this is a trend that will continue, and not just an anomaly," Mr. Van Scoyoc said during a town board meeting on Tuesday.

However, countywide, because of changes in the way virus cases are reported to the New York State Department of Health, transmission is more recently being represented most accurately in the cases-per-100,000-residents data set, rather than a test-positive rate. On Monday, that number was 41.3, and 56.7 on a seven-day average. A week prior, it was 40.8, or 49.6 on a seven-day average.

The Health Department is now also tracking Covid reinfections, with that rate for Suffolk County standing at 6.6 percent per 100,000 residents as recently as May 10. Nationwide, deaths from Covid-19 officially topped 1 million this week, 4,410 of them in Suffolk County as of Tuesday.

Also on Tuesday, the federal Food and Drug Administration issued emergency authorization of a first vaccine booster shot for children ages 5 to 11, clearing the way for a possible C.D.C. recommendation in the near future.

At Southampton Hospital, Dr. Weinbaum said, "the number of cases is manageable and the hospital system is not getting overwhelmed." Elective surgeries, cancer care, and other illnesses can still be addressed "without having all the beds consumed by this one disease."

The current uptick is "a little surge," Dr. Weinbaum said. "I'm convinced that this is part of what we're going to have to get used to."