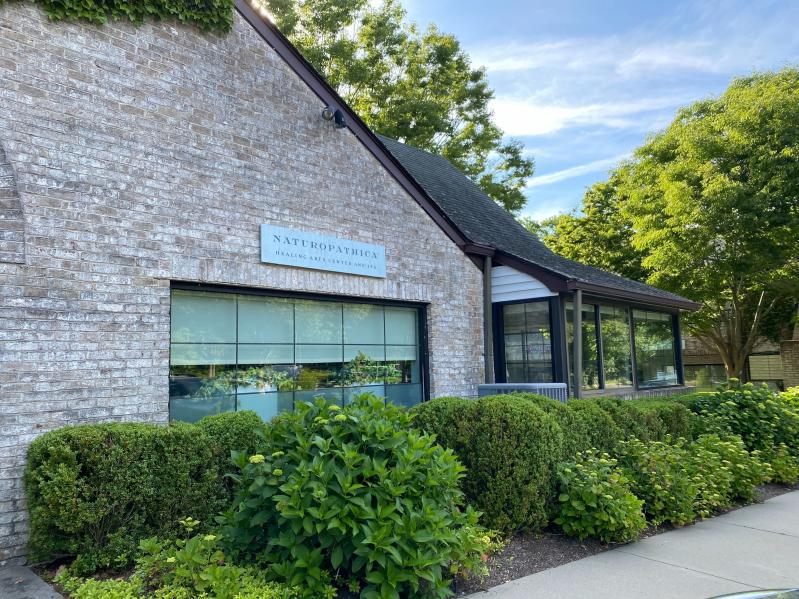 The owner of Naturopathica in East Hampton has spent the last 10 weeks developing safety protocols for administering in-spa and at-home treatments.
Jamie Bufalino
By Jamie Bufalino

When Long Island enters phase three of reopening, which is expected on Wednesday, East End spas will be back in business, and they’re prepared to offer treatments ranging from massages to colonics with new protocols designed to give clients peace of mind.

Emma Froelich-Shea, the president of Naturopathica, has spent the last 10 weeks developing safety protocols for administering in-spa and at-home massages, facials, herbal remedies, and more. “We’ve put a lot of thought into this because we are a company of healing, so we really want our space to be a sanctuary, and we can’t achieve that if people don’t feel completely safe and secure,” she said.

The retail shop at Naturopathica in East Hampton will open for curbside pickup on Monday, she said, “but really it’s to do a major last-minute thorough sanitization of the space.” After two days of cleaning, the spa will be ready to offer services on the first day of phase three.

Disposable linens will be used on massage tables both in the spa and at customers’ homes, she said, “so each time a treatment happens, a client will be touching something that has not been touched before.” Facial and massage therapists will wear masks, gloves, and goggles, but the gloves will be optional during a massage. “I don’t think many people will ask for that, but we are going to make it available,” she said.

“At the start of any massage or treatment, we’re adding a new ritual which is the washing of hands, both by the client and the therapist,” said Ms. Froelich-Shea.

“When you’re getting a massage and you’re face down, you will not be required to wear a mask, but should you wish to turn over, then you’ll have to wear one,” she said.

Clients will be asked to make appointments at least a day in advance. “We won’t take any walk-ins,” she said, and the spa will stagger appointments to operate at 50 percent capacity. Prior to an appointment, a client must fill out a questionnaire about any Covid-19-like symptoms they may be experiencing, and both staff and guests will have their temperatures taken with a contactless forehead thermometer before entering the spa. An employee with a high temperature will be sent home, she said, and guests will have their treatments canceled free of charge.

Waiting areas have been removed or cordoned off, and, in keeping with state guidelines, customers will be asked to remain in their cars until their scheduled appointments.

The grand opening for Organic Edge, a new wellness center in Water Mill that offers colon hydrotherapy, cryotherapy, and an infrared pod for detoxification, was initially set for March 15, but the pandemic scuttled that plan, said Shannon Conklin, the owner. Her business, which was allowed to open as part of phase two, finally did so on Sunday.

The Covid-19 safety protocols at Organic Edge are familiar to her, she said, because they’re the same ones she has implemented pre-Covid at other facilities in Manhattan and on Long Island. “We want clients to feel safe about every surface, every particle in the air, and everywhere in between,” she said.

A “Covid Response” section of the company’s website offers a lengthy description of the center’s policies. “We always use hospital grade disinfectant and Clorox on our equipment and surfaces as required by the F.D.A. . . . and we use ozone to completely sanitize all surfaces,” it says.

An air purification system has been installed in the space, and staff use an ultraviolet light wand to disinfect all furniture after each client.

When therapists administer treatments they will be wearing medical-grade masks, and the colon hydrotherapy can be self-administered in private, said Ms. Conklin, who thinks the latter treatment will be particularly popular in the midst of the pandemic. “After months of eating bad foods, a colonic will reset things,” she said.

Kevin Menard had closed down his Sag Harbor acupuncture and Chinese medicine clinic because of the pandemic, but after he incurred an injury and needed treatment himself, he realized it made more sense to get back to work. “If I could keep people from having to go to a hospital, that’s a good thing,” he said. The state had initially deemed acupuncture a non-essential business because “the governor’s office was not familiar with our scope of practice,” he said.

After getting permission to reopen, he’s been seeing a few clients in recent weeks, but is now beginning to resume a full-time practice. Appointments will be staggered and surfaces sanitized. Acupuncture needles have always been single use only, he said, and devices used for cupping and other treatments are cleaned with high-octane alcohol. As the pandemic has progressed he’s been conferring with other acupuncturists and monitoring how the Chinese have used herbs to help combat symptoms of the virus, he said, and he’s developed a treatment aimed at enhancing the body’s immune system that incorporates a combination of acupuncture and herbs.

He’s been receiving an influx of calls from people looking to treat symptoms of anxiety, such as tight shoulders and neck, he said. The demand has been especially great among parents seeking help for their kids who are stressed out about the pandemic as well as the closing of schools. The need for stress relief is likely to continue, said Mr. Menard. “It’s going to be a big part of what I do.”
--
Correction: An earlier version of this article incorrectly identified Emma Froelich-Shea as the owner of Naturopathica in East Hampton. She is the president of the company.