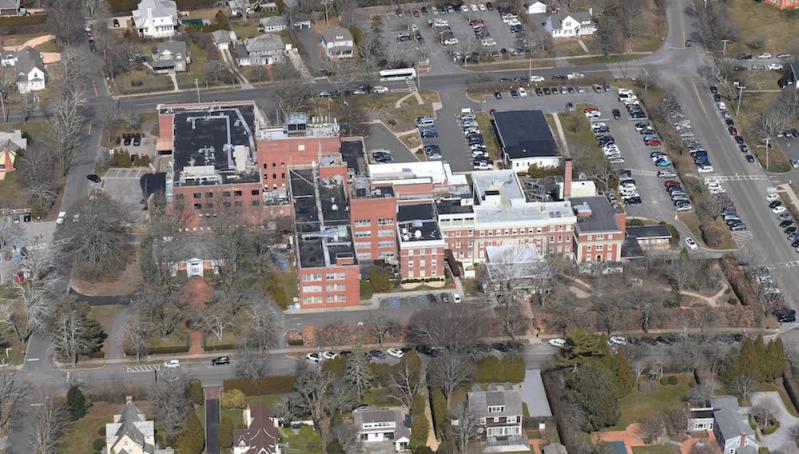 The man being treated for COVID-19 at Stony Brook Southampton Hospital was reportedly doing better on Monday.
Doug Kuntz
By Christine Sampson

The Greenport Harbor Brewing Company confirmed on Monday that one of its employees had been diagnosed with COVID-19, and that as a result it has closed its Peconic location on the North Fork through the end of this week for a thorough cleaning.

The employee, a man in his 40s who is being treated at Stony Brook Southampton Hospital, was Suffolk County's only official coronavirus patient as of Tuesday morning, according to a Suffolk County Department of Health Services spokeswoman. His health is said to be improving.

The brewing company said the man had not been at work at the brewery's Peconic location since Feb. 24. He is in isolation while being treated at Stony Brook Southampton, according to Southampton Town Supervisor Jay Schneiderman.

The number of confirmed cases of COVID-19 in New York State rose from 105 on Sunday afternoon to 173 by Monday afternoon, according to Gov. Andrew M. Cuomo.

Four school districts in Nassau County -- Plainview Old Bethpage, Glen Cove, Locus Valley, and Oyster Bay-East Norwich -- were closed on Tuesday because of confirmed cases among either staff or contract transportation employees. Shoreham-Wading River schools in Suffolk County had been closed on Monday because of concerns about that staff member's spouse may have had the virus; the schools were open on Tuesday.

Several local school boards have held discussions about the virus and superintendents have been in contact with regional health officials. "There's a lot of bad news out there, so our advice is if you're going to look anything up, please make sure it's from the C.D.C.," Debra Winter, the Springs School superintendent, said at a board meeting on Monday evening.

Cancellations and closures have been announced on an ongoing basis by government and school officials, arts and religious organizations, and others. East Hampton Town, for example, has closed its senior citizens center on Springs-Fireplace Road and suspended all programs and activities for senior citizens there and at the Montauk Playhouse Community Center.

The Star is maintaining a list of local closures and other precautionary measures that is updated as new information is received.