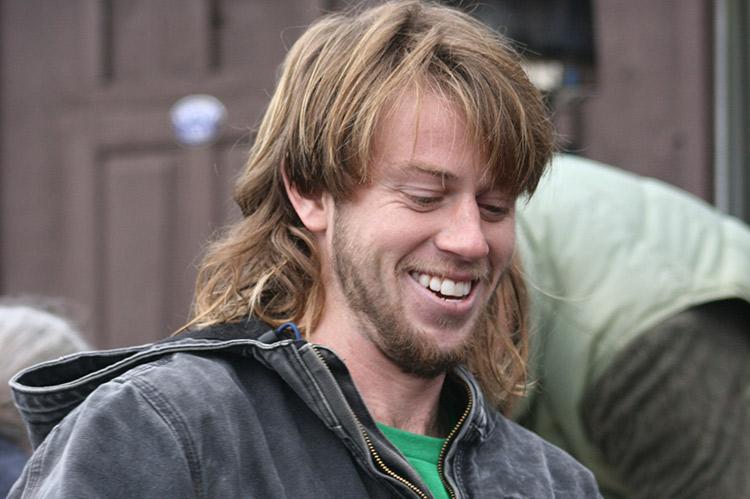 Erik Engstrom, who had to extract a nail from one of his feet recently, nailed down the win in Sunday’s 3.3-mile race from Montauk’s post office to George Watson’s Dock bar and restaurant.
Jack Graves
By Jack Graves

Strong winds and a deluge about five minutes into the race did not deter 200 or so contestants — a field that included runners, bicyclists, scooters, and strollers, of the four-wheeled and two-legged kind — from traversing on Sunday morning the 3.3 miles that separate Montauk’s Post Office from George Watson’s Dock bar and restaurant, whose season-ending day it was.

Asked if he were retired now, Watson, who was handing out numbered cards at the finish line, as his wife, Therese, showed the finishers their times, said, “Semi-retired, I only work 60 hours a week.”

Erik Engstrom, the winner, in 19 minutes and 7 seconds, won with ease despite the fact that he had to extract a nail from one of his feet recently. Neil Falkenhan, who holds the edge over his friend in triathloning, was not far behind.

“I can keep up with him for a mile, but that’s it,” Falkenhan said of the former Suffolk County cross-country champion and University of Massachusetts runner. It had been a good triathloning year for him, said Falkenhan, who was third in the Montauk Sprint Triathlon and 11th at the Olympic-distance Mighty Hamptons Triathlon in Noyac.

It was the second or third time she had beaten her father, Mike, Alyssa Bahel, the first female finisher, said. “He’s injured and I’m taking advantage,” said Alyssa, whose time was 22:48.

The large race crowd, which was treated to free beer donated by the Montauk Brewing Company, lent a lot of spirit to the gathering. The $30 entry fee, which went to the Montauk Community Senior Nutrition Center, included the free beer and a T-shirt.

Though the weeks leading up to it had been unseasonably warm, Sunday was a real November day, rainy and raw. Actually, the rain had helped ease the pain, Bahel said, when asked how it had affected her.

Also in the field was Dylan Cashin of East Hampton High, who had the day before competed in the Class B race at the state cross-country meet in Verona.

Watson began overseeing a trio of October running, cycling, and rowing races in the 1970s (so he could be crowned the winner of all of them). He’s the last race director presumably to eschew computer chips. Those races faded after a while, though Chris, George and Therese Watson’s son, revived the road race in 2010.

The Dock had changed its hours this year, George Watson said. It was closed on Mondays, open from 3 p.m. Tuesdays through Fridays, and open from noon on Saturdays and Sundays.

“Until the kitchen closes at around 10:30. As my father said, ‘Nothing good happens after midnight.”