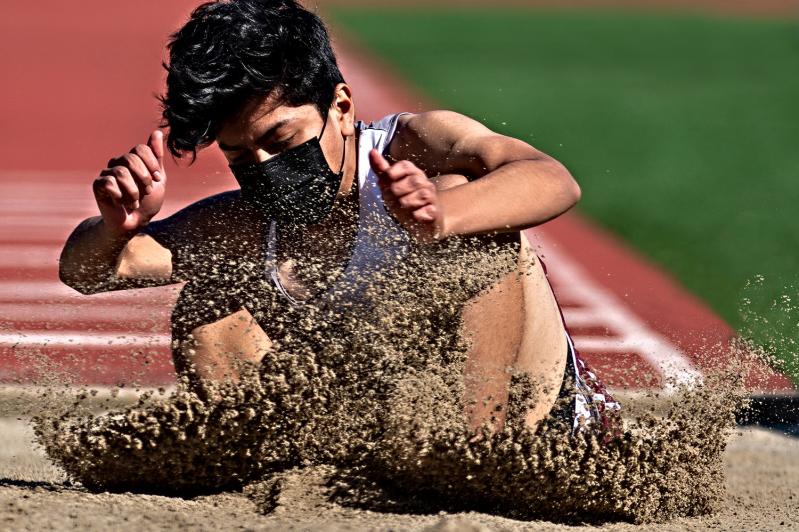 The East Hampton High School boys track team debuted here last Thursday, ceding points in the pole vault, high jump, and triple jump to Islip, which, given the gifts, was to win the meet 81-68.

Ben Turnbull, East Hampton's coach, said he has a triple-jumper, "but he wasn't at the meet." He's still looking for a pole-vaulter and a high jumper.

In the contested events, the boys did well. Colin Harrison, a senior, won the 110-meter high hurdles, won the shot-put, and took third in the discus and in the long jump.

Brayan Rivera, a freshman, almost set a school record for freshmen in the 1,600-meter race, placing second in 4 minutes and 46 seconds. Moreover, he won the 800 handily in 2:11, and was a member of the winning 4-by-800 relay team.

Another freshman, Liam Fowkes, won the 400 intermediate hurdles in 69 seconds, and was a member of the winning 4-by-400 relay team.

Turnbull said that his team competed in an invitational meet at Southampton the next day, "but the boys were tired, so no personal records."

As for East Hampton's girls team, its coach, Yani Cuesta, reported that her charges, despite sweeping the three relays, had lost 75-74 at Islip on May 12. "Had we had all our girls at 100 percent, we may have won," she said.

Other winners for the Bonackers were Bella Tarbet in the 100 hurdles and in the 4-by-400 relay, with Khalila Marin, Uma Nolan, and Spolarich; Bella Espinoza in the pole vault; Cashin in the 1,500 at 5:15, and the 4-by-100 relay team of Espinoza, Riley Miles, Bella Hopson, and Leslie Samuel.

On Friday, the girls competed in the East End Classic invitational at Southampton, a meet that normally would be held here, "but our new high jump mats hadn't arrived by the start of the season," said Cuesta, "and we would have had to have them in order to host the meet. Eddie Arnold of Southampton was nice enough to volunteer, and it was great working with him to organize it."

Besides Tarbet, other Bonac winners that day were Cashin in the 1,500, Spolarich in the 400, and Espinoza in the pole vault.

"I'm super proud of this young and inexperienced team," Cuesta said. "The girls keep improving, and some are still trying events that are new to them. I and the other coaches are excited about each and every one of them."