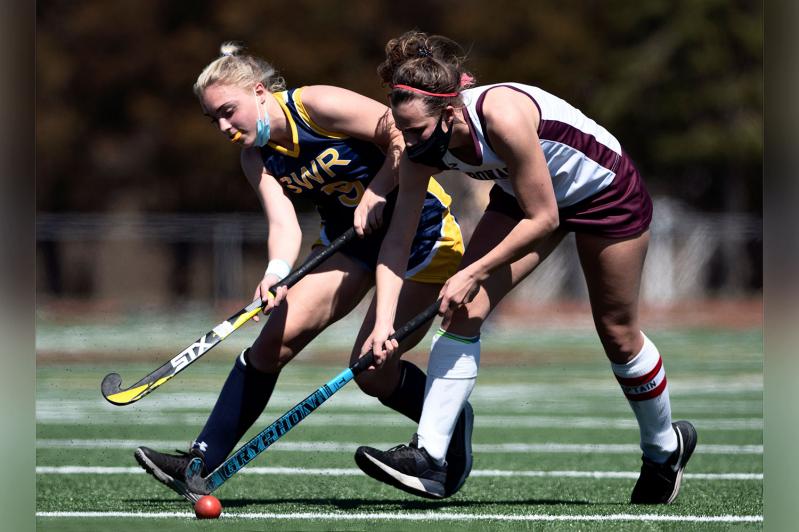 If it wins two of the three games that remained in the regular season as of Wednesday, Bonac's field hockey team will make the playoffs.
Craig Macnaughton
By Jack Graves

After last Thursday's 4-2 loss here to Miller Place, Nicole Ficeto told her East Hampton High School field hockey players, whose record had dropped to 4-5, that they would have to win out if they wanted to make the playoffs.

Back to last Thursday's game: It began with a goal by McGrory and ended with one by Kuplins. A likely all-state nominee, Emily Stoessel, poured in three of the Panthers' four in between.

Ficeto told her charges that they, not the visitors, were the better team. "In the first 10 minutes and in the last 10 minutes you had them scrambling. But they had more grit . . . you have to want to win the whole time."

East Hampton was to have played at Southold-Greenport, which as of Monday had only one win, Wednesday; Bayport-Blue Point, 6-3 as of Tuesday, is to play here Thursday afternoon, and Pierson, also 6-3 as of earlier this week, is to play here in the league season finale Tuesday. East Hampton will need a record of at least 7-6 to make the playoffs.