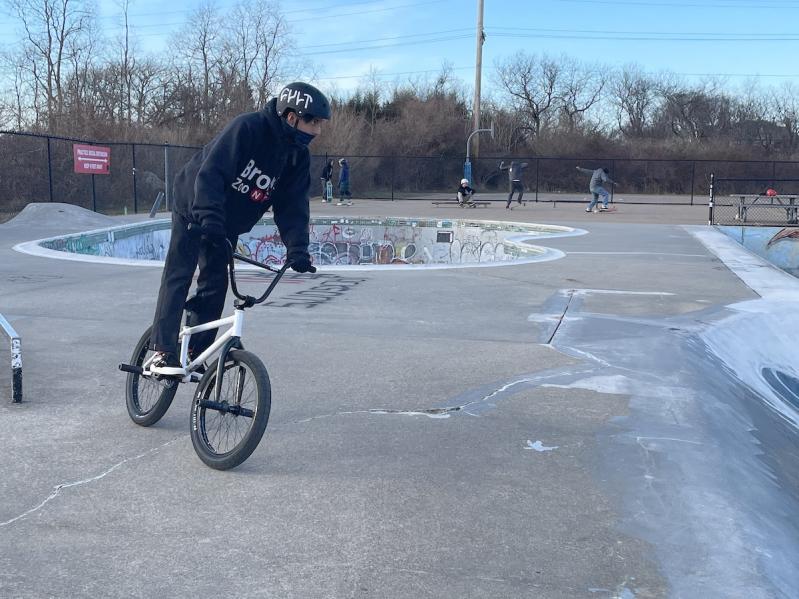 The Montauk skate park could get a big facelift.
Jane Bimson
By Jack Graves

David Lys, the East Hampton Town Councilman who has, among others, proposed that the Lars Simenson skate park in Montauk be renovated and expanded to broaden its appeal, said Monday that he hopes to include $250,000 toward that end in the town's capital budget, which is to be given a public hearing soon.

The above-mentioned sum plus $30,000 earmarked for skate park work in the 2019 capital budget that has not been spent, a $50,000 donation that John Britton, one of the project's chief advocates, has made, and a burgeoning GoFundMe project launched on the Web this past week, apparently would underwrite about two-thirds of the projected $550,000 cost.

"Of course, anything we raise over and above that will make for an even better park," Mr. Lys said.

"We anticipate that some other large donors will step forward soon," said the councilman, who added that the GoFundMe venture had brought in $23,000 for the skate park project "in just a few days."

"Everything's moving forward," he said. "We hope the town board will accept the town engineers' proposal at our meeting this week so that we can move forward with design work."

Spring Has Sprung at the L.V.I.S. Shops
An Online Auction for ARF
A Rescheduled Telephone Town Hall With Lee Zeldin
END_OF_DOCUMENT_TOKEN_TO_BE_REPLACED