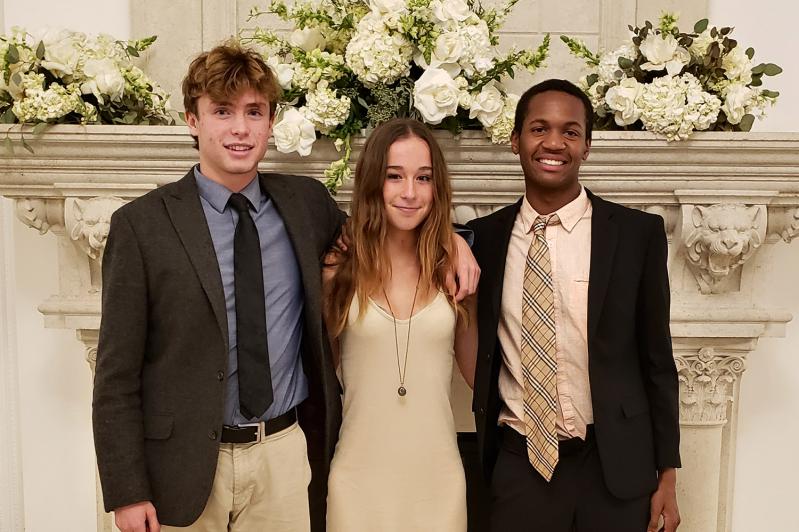 The turnouts were good, Joe Vas, East Hampton’s athletic director, said Friday. “There are strong numbers in boys and girls basketball; wrestling will be solid, all the weights should be covered; there are 20 out for boys swimming, which is always strong, and Ben [Turnbull] and Yani [Cuesta] each have 20 on their winter track teams. Bowling has a dozen, and cheerleading too. So, we’re in good shape.”

All participants in indoor sports, swimming aside, will be required to wear masks, he added, as will spectators.

Hauppauge is to swim here, at the Y.M.C.A. East Hampton RECenter, next Thursday at 5 p.m., and the all-day Frank (Sprig) Gardner invitational wrestling tournament is to be held on Dec. 4 at the high school beginning at 9 a.m.

Gardner, the late innovative wrestling coach, who is in wrestling’s national Hall of Fame, was a recent inductee in the Hall of Fame here.

Jim Stewart said of him at the homecoming induction ceremony: “After graduating from Franklin & Marshall College, ‘the father of New York State wrestling’ coached football, wrestling, boxing, and the town’s basketball team from 1930 to ‘35 in East Hampton. . . . Though he didn’t wrestle in high school or college, his success story as an innovator in that sport is unparalleled — in two decades at Mepham High School, from 1937 to 1958, he sent his teams to the mats 304 times, and they failed to finish first only 10 times, with two of those matches ending in ties. Coaches still teach wrestling using his revolutionary drill system. . . .”

Evan Masi, a senior who is expected to run middle and long distances for Turnbull’s indoor track team this winter, recently capped the fall cross-country season with a 48th-place finish in the state Class B meet near Binghamton. There were 137 from the state’s 11 sections in the field.

“He went out a little too fast,” his coach, Kevin Barry, said. “He was in the top 12 when I saw him three-quarters of a mile out, but the 17:40 he ran was a good performance, and he had a great year.”

Masi and Cashin were among those cited in the fall athletic awards ceremony at the high school last week — he as the boys cross-country team’s M.V.P., and she as the girls team’s M.V.P.