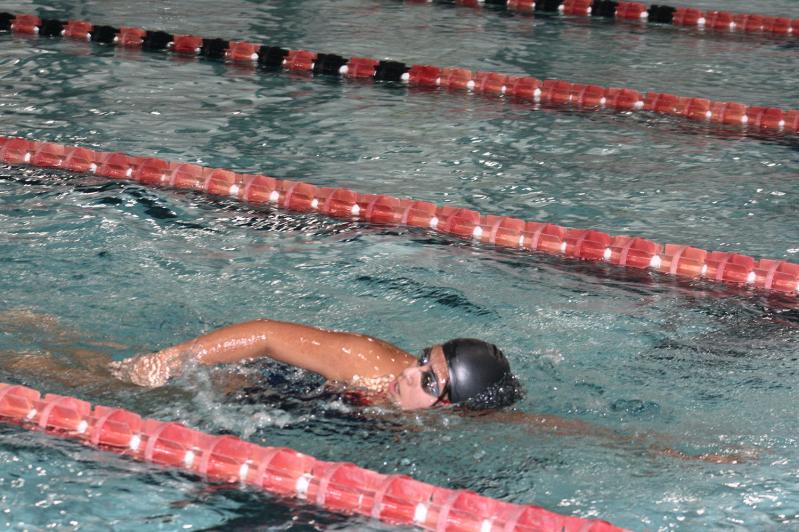 The Y.M.C.A. East Hampton RECenter's Hurricanes is one of only two Y.M.C.A. swim teams on Long Island that are active right now.
Jack Graves
By Jack Graves

Having tested the waters in August and September, the Y.M.C.A. East Hampton RECenter’s closely-monitored Hurricanes are once again in the swim, according to the youth team’s head coach, Tom Cohill, who in March 2019 dubbed them “the strongest Y team in the state pound for pound.”

Abundant precautions, including daily health screenings, temperature-taking, and well-spaced-out practice sessions, have been taken owing to the coronavirus pandemic, said Cohill. Swim team practices were initially limited to one participant per lane, but have since been increased to four per lane.

One of those parents, Sarah Menu, whose sons, Miles, 12, and Aidan, 9, swim with the team, said Monday that while her active children weren’t exactly twiddling their thumbs in the pandemic’s first months -- skateboarding, surfing, and biking being their prime athletic pursuits then -- “swimming has been a life-saver. Of all their activities, there’s nothing like it. Swimming gives you such a sense of accomplishment, which you don’t get from other sports. You can see what it does for them -- they’re focused, committed . . . they’re elated when they get out of the pool.”

As for safety precautions, the Y and the swim team’s coaches -- Cohill and his assistants, Angelika Cruz, Sean Knight, Sean Crowley, and Eugene DePasquale -- were taking it very seriously, said Ms. Menu, who is home-schooling her sons.

Cruz, who also teaches Spanish at the Montauk School, said her 12-year-old daughter, Daisy, was “happy to be back in the water . . . she cried for two weeks when things shut down in March.” It’s a feeling likely shared by her 74 teammates.

”The kids are being very careful,” she added, when it comes to pandemic-caused protocols. “They’re responding well . . . it’s the same in our schools.”

Though the state meet in March could be contested virtually, presumably an incentive when it comes to practicing, large-scale convened competitions may well be out this year. But the kids apparently need little in the way of prodding.

”Our attendance rate at practices is the best it’s ever been,” said Cohill, “everyone’s been showing up, and working hard, which has been nice to see.”

”Not having this activity that they love made them want it all the more, I think,” said Cruz, who oversees the 11-to-14-year-olds.

A recent spectatorless, time-foreshortened meet here with the Huntington Y -- the only other Y.M.C.A. on Long Island that sports an active team at the moment -- wound up in East Hampton’s favor.

Afterward, Cruz, in reporting 101 personal-bests, said, “Many swimmers barely had time to catch their breath before heading to the blocks for their next event, yet the smiles never disappeared, and many kept swimming best time after best time. . . . It was definitely fun to watch the hard work pay off.”

That meet was named in memory of the late Annette MacNiven, an intrepid triathlete and mountain-biker -- and Hurricanes assistant coach

-- who achieved high age-group rankings in competitions here and abroad.

Cohill said he hopes to have another meet with Huntington in mid or late January.