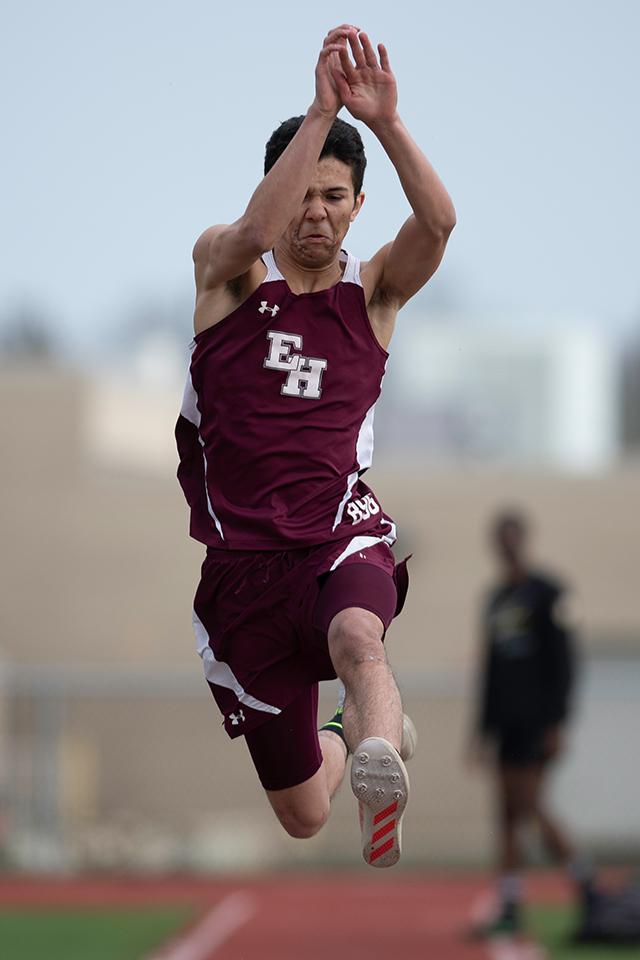 Matt Maya was a triple-winner in Monday’s boys track meet here with Wyandanch, in the long jump (above), the high jump, and the 110-meter high hurdles.
By Jack Graves