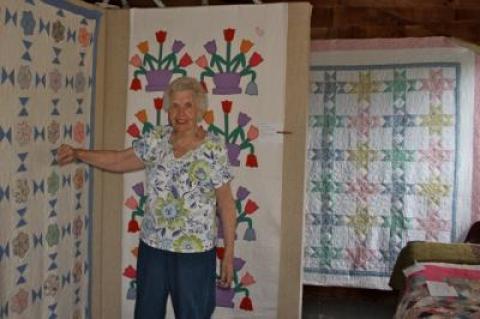 Art to Snuggle With at Water Mill Museum Quilt Show

The Water Mill Museum is holding its annual quilt show through Sept. 14. A tradition spanning almost three decades, the show features dozens of quilts hung and draped over every available surface, making a riot of color and patterns throughout the old mill space.Each is hand-crafted and reasonably priced for both new and vintage pieces. There are traditional quilts, baby quilts, and crazy quilts.A special queen-sized quilt up for raffle features shades of blue and yellow and will be awarded to a winning ticket on Oct. 11 at the museum’s Bowls of Plenty event. 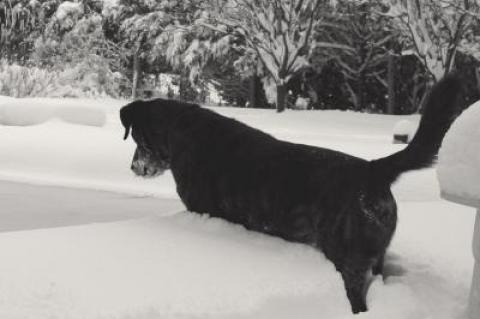 Pets Are Vulnerable to Cold, Too
By
Jennifer Landes

The Town of Southampton has asked residents to keep pets safe and warm indoors during these extreme weather conditions. Cold temperatures can be dangerous and even fatal to animals, which share a similar vulnerability to frostbite and hypothermia as humans. Other dangers include salt and ice melting pellets, which can be toxic to animals, and automotive anti-freeze, which can cause renal failure and death. 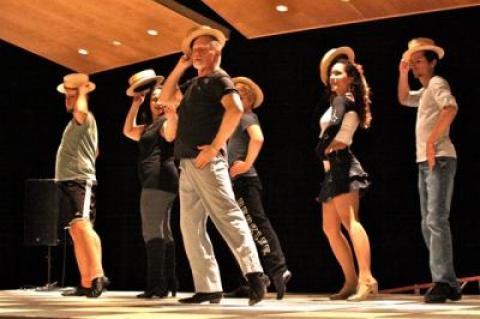 The Southampton Cultural Center has added an additional audition for “A Chorus Line” on Wednesday at 6:30 p.m. Michael Disher will direct the Pulitzer-prize winning play with music by Marvin Hamlisch, who was a long-time Sag Harbor and Westhampton resident, with lyrics by Edward Kleban, and a book by James Kirkwood, Jr. and Nicholas Dante.Although the starring roles of Zach and Cassie have been cast, there are still several roles, particularly male roles, that have not been filled.Performances are scheduled for Feb. 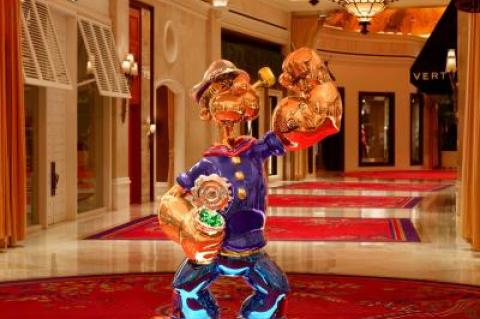 A battle between titans of the worlds of finance and art has gone to Larry Gagosian, who beat back a lawsuit from Ronald Perelman over a deal gone sour. Mr. Perelman's fraud lawsuit against Mr. Gagosian, filed in 2012, was dismissed by a New York State appeals court panel on Thursday.The court granted Mr. Gagosian's motion to dismiss Mr. Perelman's suit alleging fraud in two sales agreements he had with Mr. Gagosian's gallery. In one agreement, Mr. Perelman  was to purchase a Jeff Koons granite sculpture, "Popeye," with the intention of reselling the work. 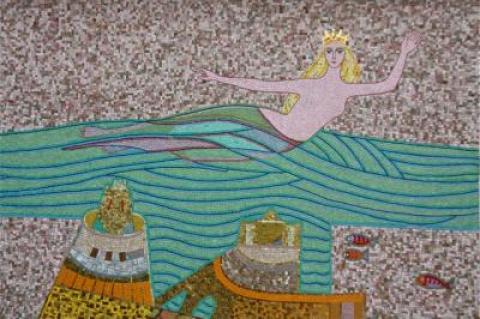 Five buildings comprised this year’s East Hampton Historical Society house tour, all in East Hampton Village. An ambitious person, or one with a new Fitbit, could have walked it.With a house and guest cottage on Buell Lane, two houses on Hither Lane, and one on Further Lane it was a real snapshot of how the style of people lived in earlier days could brought up to contemporary needs and preferences.The tour happens every year the Saturday after Thanksgiving and features new houses each year. 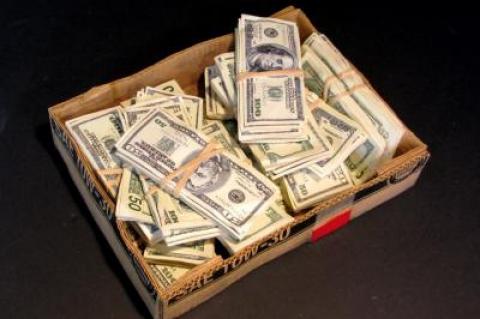 While the actual Art Basel Miami Beach fair won’t open to the public until Thursday, many of the satellite fairs sprouting up all over Miami this week will open their doors to patrons today and tomorrow.Untitled, one of the fairs on the beach and the home of Eric Firestone Gallery and Halsey Mckay Gallery for the week, had its vernissage last night and will hold a VIP preview today before opening to the public tomorrow.Art Miami will hold its VIP preview tonight and open to the public tomorrow. 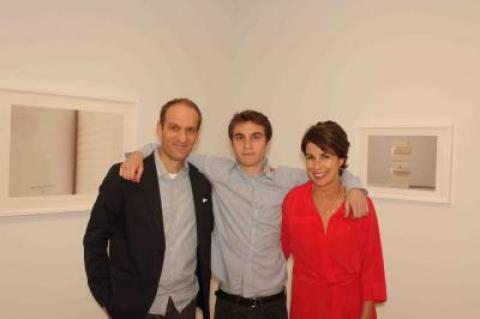 A colorful and artistic crowd gathered at Guild Hall  on Saturday night to celebrate the opening of two new exhibitions: "Mary Ellen Bartley: Leaning Above the Page" and "New Additions and Works From the Permanent Collection."Ms. Bartley, who recently had a solo show at the Yancey Richardson Gallery in New York City, was awarded top honors by Lilly Wei in the 2012 Artists Members Exhbition. 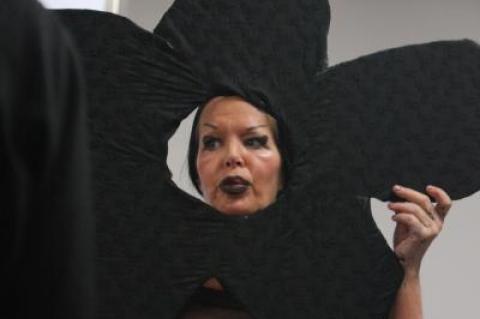 On an otherwise quiet holiday weekend, the Watermill Center attracted crowds looking for something artful to do on Saturday afternoon.After a late morning puppet workshop with Julian Crouch and Saskia Lane that transformed ordinary objects into beautiful storytelling props, Kembra Pfahler led a rapt group in techniques taken from her East Village performance art school. Stream-of-consciousness writing and meditative activities were just some of the exercises in the session.In the early evening, a reception was held for a site-specific sculpture made by Daniel Arsham.

Kate Mueth and the Neo-Political Cowgirls will offer a night of "naughty one-acts" at the Stephen Talkhouse in Amagansett on Saturday night. Called "Taboo," the event is a benefit for "EVE," an original theatrical production the group is bringing to New York City in the fall.It will feature seven short humorous plays that are too risque or controversial to be considered family entertainment and not likely to be staged in more traditional venues. A 50-50 raffle and a song about a body part are amont the enticements.The fun begins at 7 p.m. 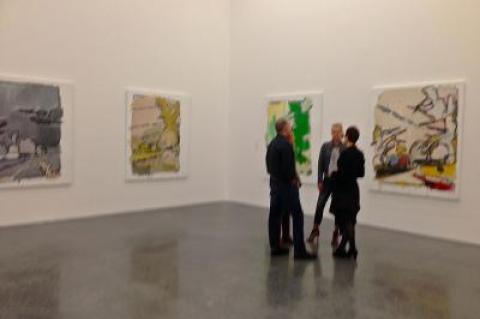 Just like the buds on the trees and the first stirrings of crocuses and snowdrops this weekend, the winter hibernation of the South Fork art scene showed signs of abatement.At the Parrish Art Museum in Water Mill, three shows under the heading of "Perspectives," quick takes on artists who work or have worked on the East End, opened with receptions on Saturday and Sunday. 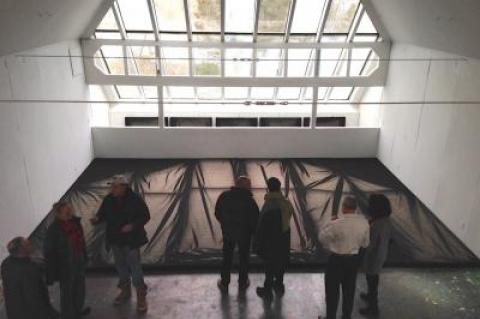 Halsey Mckay Gallery in East Hampton opened two shows this weekend, an artist-curated show in the Newtown Lane gallery and a single artist installation at the former residence and studio of Elaine de Kooning on Alewife Brook Road.Chris Duncan’s “Year” is installed at the de Kooning house and marks a year of loss and challenge for the artist. He began his project in January of last year, flying from his native California to install black cotton fabric in the solarium and studio windows of the building in order to capture the image of the window into the fabric. 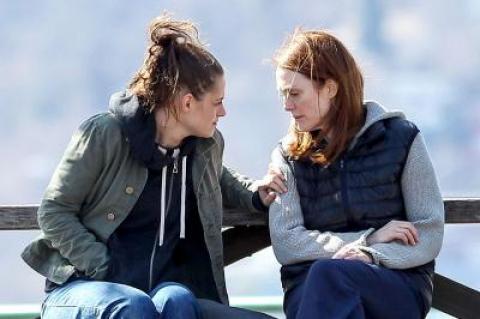 Oscars' Long Reach to the South Fork
By
Jennifer Landes

Julianne Moore, who played a woman in the early stages of Alzheimer’s disease in “Still Alice,” won the best actress Oscar for the role on Sunday night.Ms. Moore, who has a house in Montauk with her husband, Bart Freundlich, and their children Caleb and Liv, stars in the film with Alec Baldwin, whose own association with the South Fork and its various arts and non-profit institutions defines ubiquity.