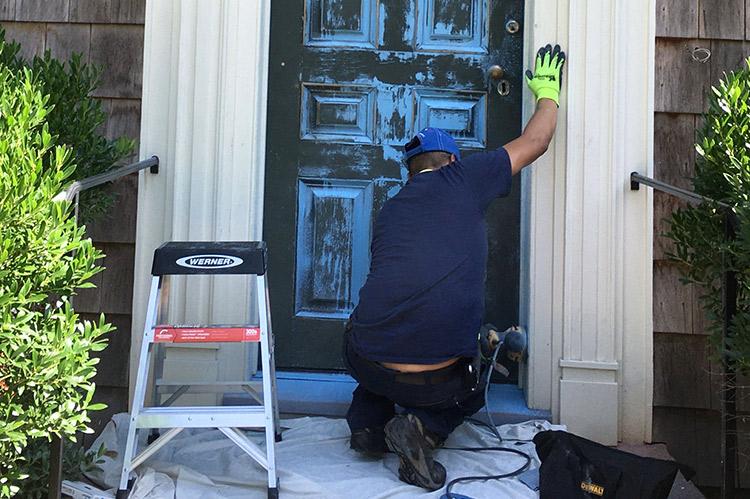 There were numerous reports of vandalism via spray paint and graffiti in East Hampton Village last Thursday, beginning with a police car that was parked in the lot behind headquarters on North Main Street. Someone sprayed its entire passenger-side blue.

The sign in front of the Emergency Services Building, Cedar Street home to village police headquarters, was also damaged by blue paint, as was a building at a redacted address on Newtown Lane.

Blue paint was also found on the plexiglass of the bus stop on Newtown Lane, on the front door at Village Hall, and on the door and some shingles of the Old Hook Mill.

On Newtown Lane, the exterior of Capital One Bank was tagged in black with “Skeet Shoot Rich Kids on the Beach — Bb Head.” The same words were discovered on an outside wall of the East Hampton Cinema, and on the wall of Les Toiles du Soleil in the Park Place alley.

The mischief is believed to have occurred sometime during the early morning hours.