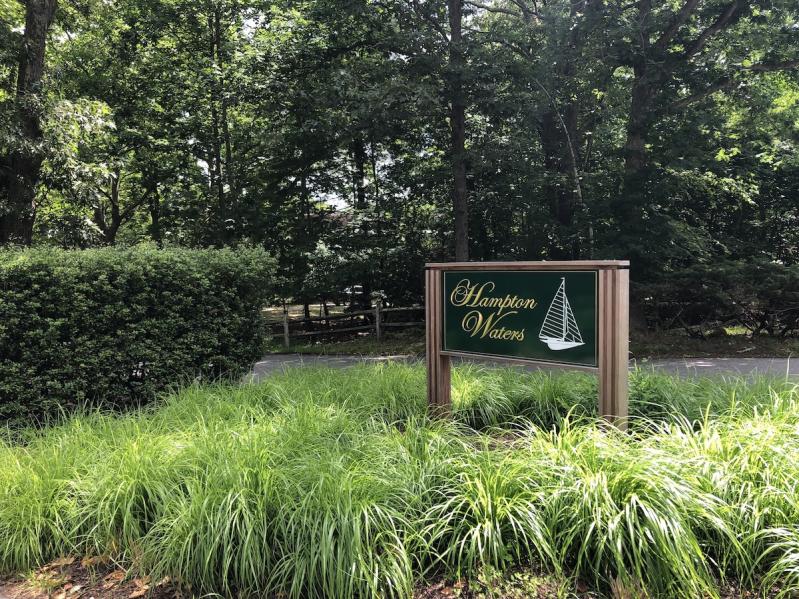 Residents of Hampton Waters, off Three Mile Harbor in East Hampton, have been rattled by a pit bull attack that injured one of their neighbors on the afternoon of May 31, and the community is still wondering just whose dog it was that bit Stuart Strauss hard above one eye, inflicting bloody scratches and bruises.

When the black dog attacked Mr. Strauss, on the beach end of Island Road, its owner gave his name as “Kevin Kline,” which was apparently fictitious. The name is not among the private community’s some 220 residents, nor did anyone who was there when it happened recognize him, according to Barbara Strauss, Mr. Strauss’s wife, speaking to The Star by phone on Monday.

The incident occurred around 2:30 p.m. near an osprey nest, she said, and there were a number of other birds on the beach. “The dog, I think, was trying to chase the birds. When he saw my husband, he ran at full speed and leapt on him and knocked him over. He was growling and really being very aggressive, and started to bite him.”

The unidentified owner, who also had a second, calmer dog with him, actually gave Mr. Strauss a lift home. Mr. Strauss was in shock, his wife said, and could not recall anything about the car other than that it was “quite messy inside” and that it was not a pickup truck. “My husband said [the dog owner] seemed ‘a little bit off, but I didn’t think he was lying to me when he gave me his name.’ “

Ms. Strauss drove her husband first to an urgent-care center, which redirected them to Stony Brook Southampton Hospital. There, he received five stitches. The New York State Health Department was consulted on the case, and it was decided that he did not need to have rabies shots, a particularly painful procedure. At the hospital, a police report was filed.

The Strausses themselves are dog owners; they have a friendly Labradoodle. “We went for training,” Ms. Strauss said. “It’s not as easy as you think to train a dog. It boils down to being accountable, responsible.”

“The whole nature of this seems so out of character,” she continued. “It’s a very quiet area. It’s not like going down to Main Beach or Indian Wells. This is really a private area. The guy was trespassing.”

The incident, she said, points to a need for a stricter leash law in East Hampton. Right now, there is no general leash law, according to the Animal Control Department. “However, there is a running-at-large ordinance,” its website notes — specifically, chapter 86, section 5B(1) of the East Hampton Town Code. “A dog is considered to be at large if all three of the following criteria are met: The dog is without supervision; the dog is causing damage to property, causing physical harm to persons, or creating a nuisance within the town; and the dog is on property open to the public or on private property not owned or leased by the owner of the dog, unless permission for such presence has been obtained.”

Dogs are restricted on beaches, where “dog owners must always keep their dogs under control, clean up after their pet, and keep dogs out of protected nesting areas.” There are specific hours and seasons when people may not bring their dogs to ocean or bay beaches. From May 15 to Sept. 15 in East Hampton Town, between 10 a.m. and 6 p.m., dogs must be kept within 500 feet of a paved road end at an ocean beach, and within 300 feet at a bay beach. “Dogs traversing the beach through a restricted area must be manually restrained with a leash,” town code says. Dogs on East Hampton Village ocean beaches are restricted to within 300 feet of a paved road end between the hours of 9 a.m. and 6 p.m. from the second Sunday in May through Sept. 30. The restrictions are generally lifted during the off-season, though dog owners must still keep their dogs under control.

Complaints can be filed against a dog owner, particularly in the case of a bite. There is a form for such complaints on the town’s website, ehamptonny.gov. “Victims of dog bites are urged to contact the East Hampton Town Police Department to file a police report, if warranted,” at 631-537-7575, or call animal control at 631-324-0085 “to report the bite and have summonses issued if violations exist.”

New York State has a statute that covers dog bites, saying that a pet’s owner is on the hook for medical expenses incurred by a person who has been bitten, or those of another pet, service animal, or livestock that has been bitten by the dog in question. For an injured person to be compensated, a civil claim must be filed within three years of the bite. In some cases, for medical expenses to be recovered, the dog owner’s negligence must be proved.

That the dog involved in this incident has been described as a pit bull or pit-bull mix comes with its own set of complications. Some consider pit bulls a dangerous breed that needs to be regulated; others call that breed discrimination. “Today, pit bulls remain largely misunderstood because of irresponsible owners, sensationalist news stories, and the proliferation of myths,” the lifestyle website One Green Planet wrote in 2018. “As a result, breed-specific legislation has popped up in cities across the U.S. that either greatly restricts or completely bans pit bull dogs as pets. The stigma that marks pit bulls has also contributed to their rise in U.S. shelters. One in four of all animals brought into shelters are pit bulls, and their average euthanasia rate hovers at 93 percent across the board.”

Anna Rowan, a town animal control officer, said she hasn’t seen many facial injuries stemming from dog bites. Most of the calls the department fields are about wildlife, “anything dead on anyone’s property that they want taken away,” but in actuality, she said, “we handle only dogs.”

That includes loose dogs, lost dogs, and dogs that are barking excessively. If a dog is running rampant through an area it’s not supposed to be in, say, a plover-nesting area, and the owner isn’t present, animal control is sometimes called. And they’ll occasionally assist the police. “If they have a dog just sitting at the police station, we’ll sometimes go and pick it up,” Ms. Rowan said.

Ms. Strauss said the attack on her husband is likely to come up at the next meeting of the Hampton Waters Homeowners Association. She is concerned about children on the beach; that it might happen again. “It really was a terrible incident.”She is still asking people in the community about it, she said. “If the person is from here, someone has to know him.”

With reporting by Christopher Gangemi