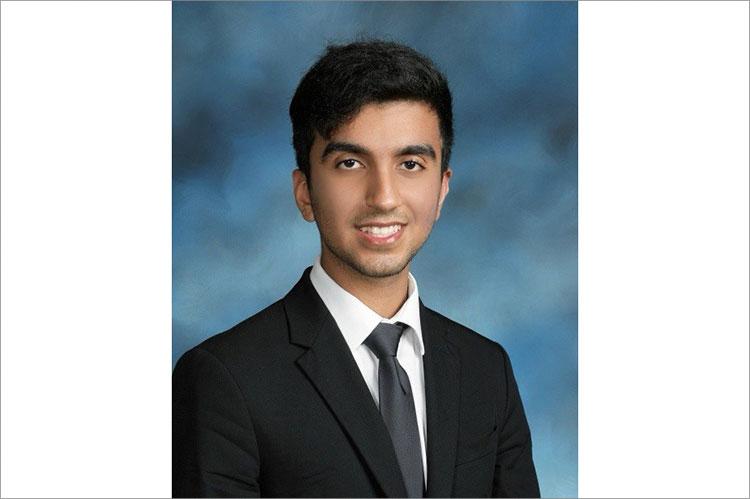 Devesh Samtani was to have started college at New York University this month.
Samtani Family
By Bella Lewis

When family and friends speak of Devesh Samtani, the 18-year-old who died of his injuries three days after being struck by a car in an Aug. 10 hit-and-run accident in Amagansett, they use words like bright, charming, and loving. He was supposed to be starting school at New York University this week and was excited to study economics and math.

"He wanted to get his master's. He was involved in Hong Kong charities. He was just a positive energy. He made friends in the Hamptons right away," said his aunt Jennifer Kurani, who had hosted her nephew in Manhattan every summer when he visited from his home in Hong Kong.

He loved New York. He wanted to see snow for the first time, she said.

"We had played a game. We had to each say something on our bucket list. On his bucket list, he said he wanted to experience snow -- that's how simple it was for him. He found joy in everything he did. We look at snow as a hindrance to our lifestyle and for him it was on his list."

The Samtanis and Kuranis are known for infomercial work and the As Seen on TV products.

Mr. Samtani and his extended family had been vacationing together in Sagaponack. On the evening of Aug. 10, they had dinner in Sag Harbor. Afterward, Mr. Samtani and his 17-year-old cousin met friends on the way to a party on Timber Trail in Amagansett, his uncle Jay Kurani said, but they did not make it to the party, because by the time they arrived, police were dispersing the 800 to 1,000 people in attendance. When they saw the scene outside the party, the boys turned around to find an Uber home, Mr. Kurani said.

It was around the corner on Old Stone Highway near Eastwood Court that Mr. Samtani was struck. Mr. Samtani's cousin was the one who called his parents, Jay and Jennifer Kurani, saying "Devesh was hit," Mr. Kurani said.

The driver did not stop, but witnesses took down the plate number and police were able to track down the owners of the car. A few hours later police arrested their son, Daniel Campbell, 19, of Montauk and Westchester, at their house in Montauk.

Mr. Samtani was taken to Stony Brook University Hospital. He never regained consciousness, his family said, and died on Aug. 13.

As Mr. Samtani's family grieves, their questions about the accident persist.

Mr. Samtani's two older brothers ages 29 and 22, the younger of whom is at Pace University, accompanied their father, Kishore Samtani, mother, Mala Samtani, the Kuranis, and eight other members of the extended family to the site of the accident on Monday.

"In our Hindu culture," explained Mr. Samtani's father, "we have rituals for a continuous 12 days after the cremation." On the last day, he said, the family had driven from New York City in order to be together at the exact spot where his son was killed.

After about 15 minutes of studying the ground and the tar markings in comparison to those in a Snapchat video taken directly after the accident, Mr. Samtani's father found the matching pattern of tar marks in the road beside where his son had been on the ground in the video.

In his written statement to police, Mr. Campbell claimed that Mr. Samtani had stepped into the road. Mr. Kurani, his uncle, disputes that, and says that his nephew was on the side of the road, not in it, when he was struck. His cousin remembered that Mr. Samtani had been on the other side of the white line, in the grass across the street from Eastwood Court, at the woods' edge.

As cars passed by on Monday, Mr. Samtani's father would remind everyone to stay off the road. He thought perhaps he found a piece of what could have been a headlight in the grass near the site of the accident.

The doctors at Stony Brook University Hospital had told the family upon arrival that there was little chance of saving Mr. Samtani's life, Mr. Kurani said. "They tried their best. They did surgery, but this was a bad, bad accident. He really got hit." Uncles, aunts, cousins, siblings, and parents kept a constant vigil from the night of the accident until Mr. Samtani's death that Friday.

Mr. Samtani's family finds it inconceivable that Mr. Campbell did not stop.

On Monday, Mr. Kurani looked up and down the road, asking about the speed limit, pointing out that there must have been at least 25 other young people walking around the area, a cue to many drivers to slow down and proceed with caution.

They are left not only to somehow come to terms with the loss of their beloved boy, who they say was known for his decency, but also to make sense of the "inhumanity" Ms. Kurani feels the driver demonstrated. "There were no morals, no ethics. This is not who we are as a family, not who Devesh is as a human. He was there to help people," she said citing her nephew's dedication to the various charity efforts with which he was involved.

Mr. Kurani said during his nephew's summers in New York, Mr. Samtani had taken courses at Yale and Columbia. "We remember his professor had praised him and written a letter for him because he was so exceptional out of the whole program."

"That night it was not one who died," said Mr. Kurani about the ripple effect of the accident. "Life will never be the same for anyone in our family, not the young ones or the old ones."

The driver "has really ruined many, many lives -- that's the one thing. . . . We don't even know how to move on," his wife said. "Everyone who knew him, around Hong Kong, around the world. There were 3,000 people who zoomed in to watch his funeral."