'You need to go around back,' owner told young Black customers 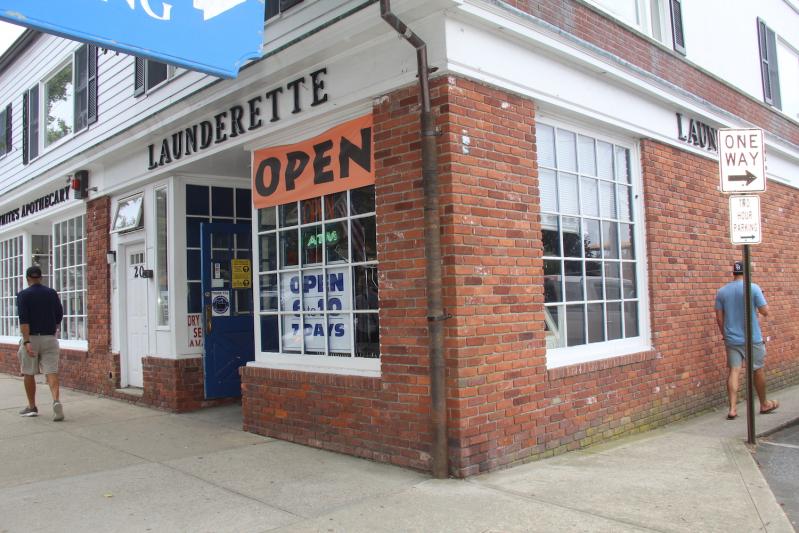 Nia Dawson said she was in "big-sister mode" on Saturday, wanting to protect her 11-year-old brother, when a conflict erupted over who would get to sit on a bench in front of the Sag Harbor Launderette — she and her brother, who were there first eating frozen yogurt, or the owner of the launderette, William Tabert.

Mr. Tabert reportedly asked to sit on the bench with them but Ms. Dawson, who is 22 and lives in Bridgehampton, told him she and her brother were practicing social distancing and would prefer not to share.

In a detailed account that she posted on Facebook, Ms. Dawson said the situation turned ugly. "He then replied 'Are you kidding me right now? This is my store and I can't sit on my bench?' " she recalled. "At this moment, I began to realize that this situation could and likely would escalate, and my heart began to race."

And it indeed escalated. Sag Harbor Village police ultimately arrested Mr. Tabert at the Main Street laundromat, charging him with second-degree harassment, a violation that indicates physical contact occurred. Mr. Tabert, 61, who lives in Hampton Bays, was released on an appearance ticket and is to appear in court on Friday, Sept. 10. He does not yet have an attorney, the Sag Harbor Justice Court confirmed yesterday.

In her Facebook account, Ms. Dawson said as soon as he became irate, she offered to move to an empty bench nearby, but that he "ignored this peace offering" and carried on yelling as he returned to his store. A few minutes later, Ms. Dawson's phone alarm went off, signaling it was time to move her laundry from the washer to the dryer.

"As soon as I open the front door to this establishment that I have frequented for as long as I can remember, this man . . . is waiting for me at the door," she said. "He does not let me in and shadows my every move. As I try to go to the right, he blocks me off. As I try to go to the left, he does it again. He tells us, 'You need to go around back,' and then follows up with 'Everyone in here is social distancing.' "

As she attempted to retrieve her clothes and leave, Ms. Dawson alleged, Mr. Tabert lunged at her and shoved her. Her brother captured video of the events on his cellphone; that footage has been provided to police.

Mr. Tabert did not return a cellphone message seeking comment, and could not be reached by phone at the launderette. He has owned it for about five years, and remodeled it after a fire in 2019.

In a follow-up interview on Tuesday, Ms. Dawson, who is Black, said she was immediately alarmed by what she said was Mr. Tabert's racist statement. She was reminded, she said, of her late grandfather's experiences in predominantly white communities decades ago, "and his many days of entering 'around back.' "

She said she also found it strange that an older man would ask to sit on a bench with a young woman and an even younger boy.

"I knew from the moment it all went down and started to unfold that I wasn't going to be quiet, but if there was any hesitation, it was a matter of not knowing how people would react," said Ms. Dawson, who has since experienced "an outpouring of love" from community members.

It's not the first time, she said, that she has been the target of racist behavior. A few days earlier, while waiting for food outside La Capannina in Wainscott, "a guy drove by and pointed a 'finger gun' out of his window, pretending to shoot us. The same thing happened to my father the day of the Trump rally out here."

"We have to keep opening the doors for these conversations," she said. "No one wants to go through this, so my hope is that if I am brave enough to talk about a factual situation, people will feel comfortable to do the same."