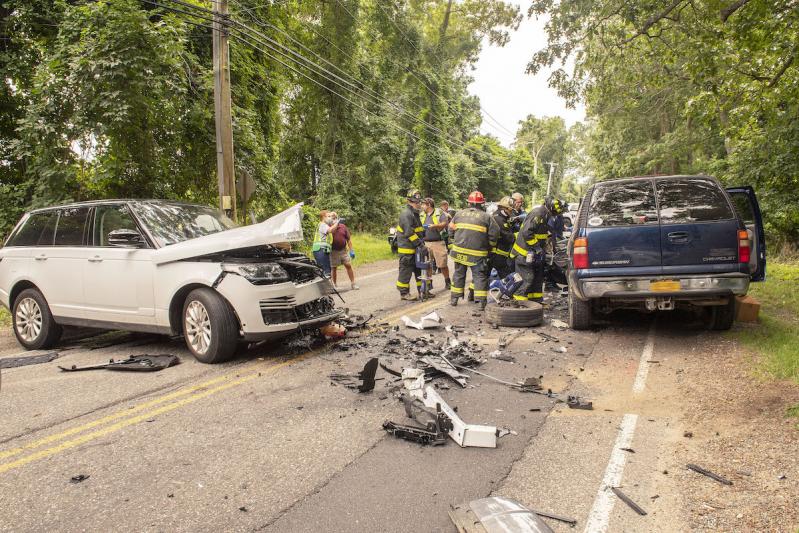 An almost-head-on crash late Wednesday morning in East Hampton Town left one driver pinned in his car while the other was able to free himself before first responders arrived on the scene.

At 11:10 a.m., the East Hampton Fire Department's heavy rescue squad and two ambulances responded to Stephen Hand's Path just south of Two Holes of Water Road. East Hampton Fire Chief Gerard Turza Jr. said the pinned man was removed from the wreckage on a backboard, and both drivers were transported to Stony Brook Southampton Hospital with unknown but not life-threatening, injures.

“Our fire and E.M.S. responders had a great deal of difficulty responding to the scene because people were not pulling over for blue and green lights” that identify volunteer first responders on their way to emergencies, Chief Turza said.

The trucks arrived pretty quickly, Chief Turza said, but all additional crew members were fighting traffic, including two assistant chiefs. “People don’t want to yield for even red lights and sirens,” he said.

Thirty-five members of the fire department were eventually on scene, helping the drivers and directing traffic, until around just after noon.

“It just highlights the problem we’ve had all summer long — people just not pulling over for our responders and too many cars on the roads,” Chief Turza said. 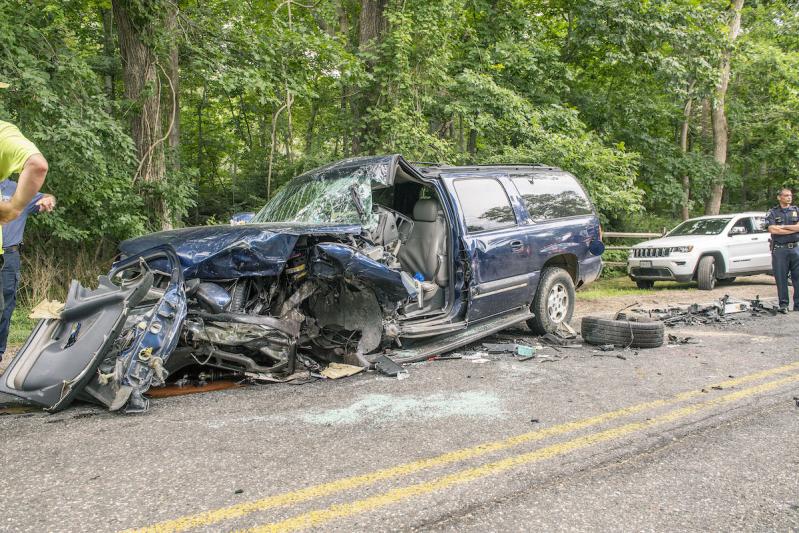