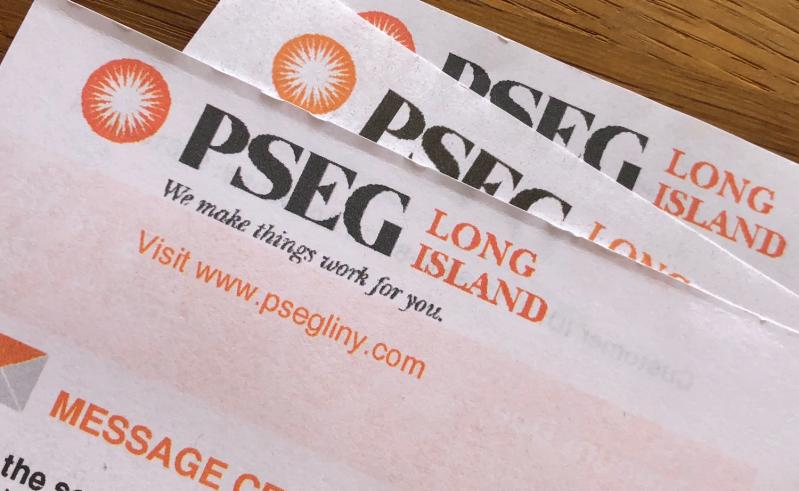 In a ruse that has become increasingly common, scammers pretending to be from the PSEG utility company will threated to immediately shut off power if unless a payment is made, but the utility said, in reality, it works with customers on payment plans, and is “not currently shutting off residential customers for nonpayment.”
Carissa Katz
By Christine Sampson

On Nov. 22, a 20-year-old East Hampton man sent gift cards totaling $2,400 to scammers after receiving a call from what appeared to be a local police substation phone line, telling him he’d be arrested if he didn’t pay up. Because he used a debit card, according to East Hampton Town police, his bank was unable to reimburse him.

Two weeks ago, a 66-year-old Wainscott man turned on his computer only to find he was locked out of it, and called the phone number that appeared on the screen. Someone on the other end of the line unlocked the computer, but told the man to log into his bank account to pay for his “McAfee computer security” service. A back-and-forth exchange resulted in the loss of $1,000 in gift cards, bought by the victim to pay what he thought he owed.

And on Oct. 25, even after a seven-year credit freeze from a previous identity theft incident, a Social Security number belonging to a 35-year-old East Hampton woman was used by someone seeking employment. Town police advised the woman to monitor her accounts and file reports with the credit companies.

These reports, popping up in local police records with what appears to be more and more frequency, should serve as cautionary tales to all. Last year, some 49 million Americans fell for some sort of identity theft or scam, resulting in nearly $56 billion in losses, according to a study released in March by Javelin Strategy and Research. The F.B.I. reported last month that 28 percent of those victims were at or above age 60.

Some scammers profess to be calling from a utility company, threatening to immediately shut off power to a house. Some pose as a long-distance romantic interest asking for financial help. Others can make themselves sound like a relative, calling for help to get out of legal trouble, or trying to reach you about a great new car insurance rate. The sender of an email could resemble the name of someone you know; the phone number on your caller ID may even look like a local one, thanks to “spoofing” technology.

“We get them all the time,” Detective Sgt. Daniel Toia said last week. “People have to be vigilant. There are all sorts of crazy scams out there.”

Sometimes, he said, there’s a local lead that detectives can follow up on, but often the grifters are from out of state or even out of the country, which means out of local jurisdiction. Filing reports with your town or village police is still helpful, though, “so we can monitor the types of scams that are out there and possibly put out alerts if we see patterns.”

Some scams, said Sergeant Toia, can border on violent. “We’ve had Latino folks targeted in scams where they are getting messages sent to phones saying MS-13 has their family, sending pictures of mutilated bodies, and asking for money.”

The Madison I.T. Group in Amagansett got 16 calls just last week from people whose computers had been compromised in some way, according to Lee Satinsky, the manager. About a year ago, in direct response to the number of scams out there, Madison I.T. Group started a 24/7 help line for customers who encounter trouble.

“You get an email or call from someone and you’re not sure what it is, you can call, chat, or email us, and we’re there for you,” Mr. Satinsky said. “You can say, ‘Is this legit or not?’ If you’ve already let someone in, we can block them or kick them out.”

What are the signs that an email, banner, or pop-up window is not legitimate? Mr. Satinsky said people should look especially for incorrect spelling or grammar. “They’re usually written by people who don’t have a firm grasp on the English language.”

Experts say a sure sign of a scam is being asked to pay in gift cards, Bitcoin, or prepaid debit cards.

The week beginning Nov. 15 happened to be National Utility Scam Awareness Week, during which PSEG Long Island ramped up its cautionary messages to customers. In a press release, PSEG said it had received at least 4,085 reports of scam calls in the first 10 months of 2021 — down from some 4,300 calls reported in the same period in 2020, but still alarming.

“The pandemic has created financial hardship and escalated stress levels for many, many people, and that is a perfect environment for scammers to thrive,” Rick Walden, PSEG Long Island’s vice president of customer services, said in a recent statement. “They create the impression of an urgent problem in the hopes that your panic will prevent you from seeing all the clues that they’re not who they appear to be.”

Scammers will also “threaten to shut off power immediately unless payment is made,” Mr. Walden said. In reality, he noted, the utility works with customers on payment plans. PSEG is “not currently shutting off residential customers for nonpayment.” Ratepayers can call PSEG at 800-490-0025 for questions about legitimate services versus possible scams.

On Nov. 18, the federal Department of Justice announced that authorities had cracked down on a scheme involving eight people from the United States and the Dominican Republic, who were selling cellphones that were using stolen personal information. There were victims in 46 states. Charged with wire fraud, conspiracy to commit wire fraud, and aggravated identity theft, those arrested face up to 20 years in prison if convicted.

Closer to home, on Nov. 20 The Shelter Island Reporter chronicled the story of Heather Lee, an island resident who works as a school bus driver. Ms. Lee lost her life savings to a scam that began when a banner appeared on her computer screen, urging her to call Microsoft. She was told her bank account had been hacked by gamblers and that to protect her money against them, she would have to withdraw it and send it via FedEx to various addresses in California, Texas, and Nevada. The Shelter Island community has since rallied around Ms. Lee, and law enforcement agencies are investigating leads, but “she’s not getting her money back,” Chief Jim Read said.

Few scam victims come forward because of embarrassment, but Ms. Lee told The Reporter that she hopes her story will prevent others from being victimized. “I can pay bills. I can go to the grocery store,” she said. “This has been a learning experience for me, and hopefully I can help get the word out.”