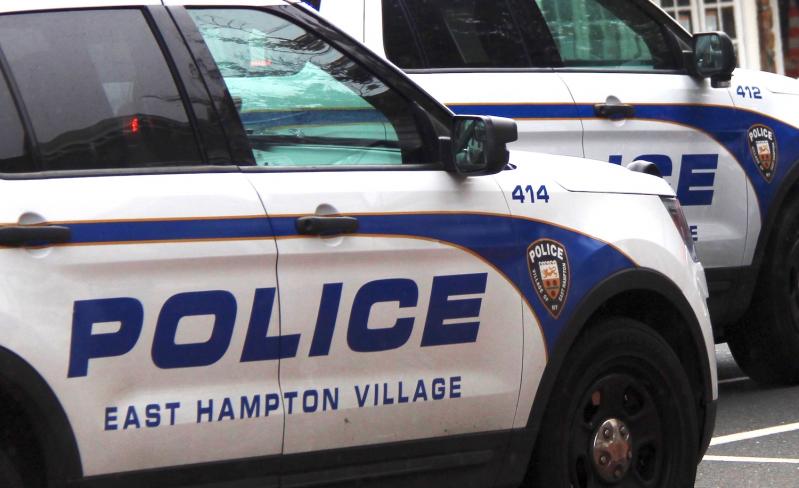 East Hampton Village Mayor Jerry Larsen, a former police chief, said that increasing access to mental health support for police officers is something that has long been on his mind.
Durell Godfrey
By Jamie Bufalino

In an effort to provide mental health support for police officers, East Hampton Village and the Police Benevolent Association union have agreed to require members of the village’s Police Department to be evaluated by a psychotherapist every three years, Mayor Jerry Larsen announced at a village board meeting on Friday.

“This has been important to me for a long time,” said Mr. Larsen, a former East Hampton Village police chief who served in the department for more than 34 years. People traditionally become police officers in their early 20s, and serve for about 20 years. “Think about all the things you go through in life from the age of 21 to age 41,” he said, citing milestones such as marriage, childbirth, and the death of parents. During that time, they are also asked to respond to traumatic events such as car accidents, suicides, and murders.

There is often a stigma attached to seeking psychological help to deal with the stresses of work and home life, but if it is a requirement of the job, that will no longer be the case, he said. The P.B.A. agreed to the requirement in its latest contract negotiation with the village, according to Mr. Larsen, who thanked the organization for “having the courage to put this into their contract.”

Suicide rates among police officers have increased dramatically in recent years, and morale has been down.

Mary Bromley, an East Hampton psychotherapist who has worked with the New York Police Department’s Special Victims Division and the village police, and who helped found the Retreat domestic violence shelter, was invited by Mr. Larsen to talk about the importance of providing police officers with psychotherapy. During her years working with police officers, “I have observed the very best young men and women display courage, compassion, and humor,” she said. “I also observed major stress, depression, anxiety, marital issues, frustration with the job, the bosses, and one another.”

She would often counsel her colleagues in an unofficial capacity, “but these officers deserved an opportunity to vent, cry, get angry in a confidential, safe setting rather than in a bar, where I often ended up giving support.”

“Learning how to express emotion in the appropriate setting should be taught from the [police] academy onwards,” said Ms. Bromley, who advocated for yearly mental health checkups. “This is not about mental illness — we are mind, body, and spirit — and we have ignored the whole person as we attend to the needs of the police.”