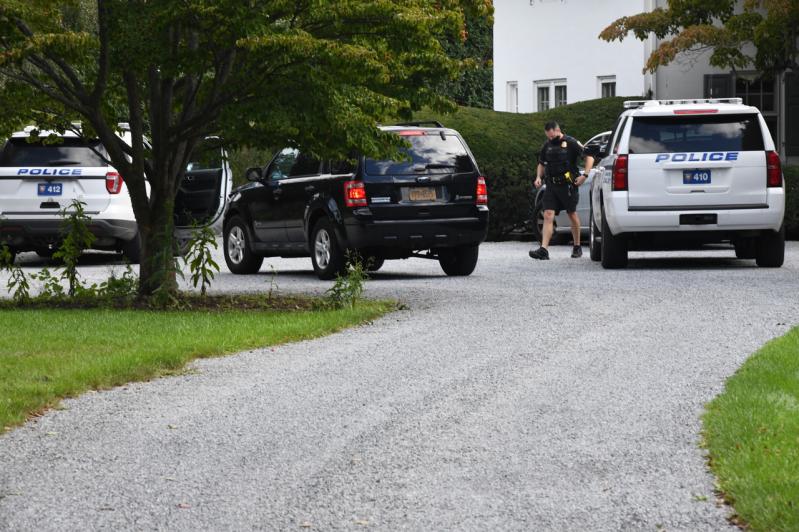 East Hampton Village Police are investigating the theft of two luxury vehicles from a driveway on Dunemere Lane.
Doug Kuntz
By Christine Sampson

A 2017 Land Rover that went missing Friday night from a house on Montauk Avenue in Northwest was found in the Newark, N.J., area on Saturday morning. Det. Sgt. Daniel Toia of the East Hampton Town Police said yesterday that there was no damage to the vehicle and it has been returned to its owner.

The Land Rover was one of three vehicles stolen from residences in the neighborhood of Springy Banks Road, East Hampton, overnight on Friday. Thieves also took a 2010 Land Rover and a 2019 BMW X5. "All vehicles were reported to have been left unlocked with the keys in the vehicle," town police said in a statement.

On Monday morning, East Hampton Village Police confirmed that two Land Rovers, one a 2015 model with New York plates and the other a 2016 model with Connecticut plates, had been reported missing from a Dunemere Lane residence on Saturday morning.

No additional information on the incident was immediately available.

East Hampton Town Police on Sunday said they were investigating the theft of three other vehicles — a 2017 Land Rover, a 2010 Land Rover, and a 2019 BMW X5 — from driveways of residences in the vicinity of Springy Banks Road in East Hampton.

Originally, Sept. 13: On Sunday, the East Hampton Town Police detectives division announced an investigation into a string of high-end vehicle thefts that they said took place during the early-morning hours on Saturday.

A 2017 Land Rover, a 2010 Land Rover, and a 2019 BMW X5 were stolen from driveways of residences in the vicinity of Springy Banks Road in East Hampton. “All vehicles were reported to have been left unlocked with the keys in the vehicle,” police said.

Anyone with information has been asked to call the Police Department at 631-537-7575. Calls will be kept confidential.

The Southampton Town Police Department is also investigating a series of thefts of luxury cars and sport utility vehicles, with 12 such thefts ranging from Sagaponack to Tuckahoe since January, according to a press release from Southampton Town.

With reporting by Doug Kuntz and Bella Lewis