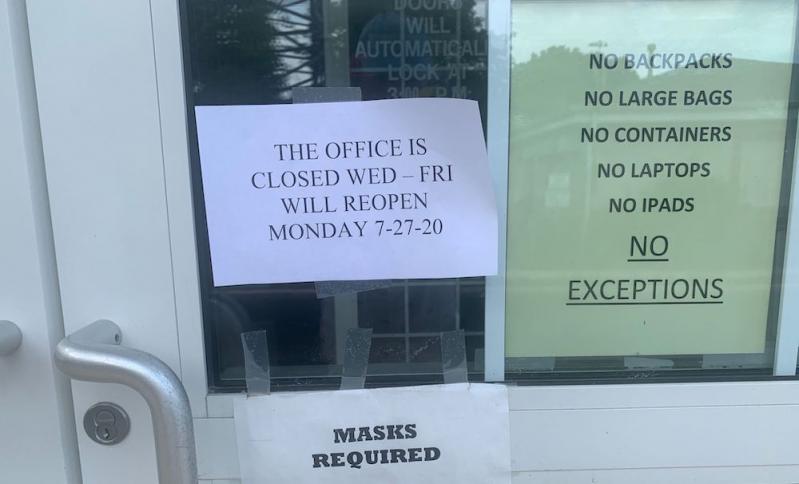 A sign on the door at East Hampton Town Justice Court on Wednesday.
Doug Kuntz
By Anabel Sosa

"The courts are closed through tomorrow and will open again on Monday," according to Lisa R. Rana, who is a justice in both the town and Sag Harbor Village courts. "We had one employee test positive."

The court closed by 3 p.m. Monday after learning about the case, Justice Rana said.

All staff will be tested voluntarily over the next four days. So far, all employees who received test results back have tested negative, she said. It is unclear how many staff have been tested.

Between July 6 and July 20 an estimated 125 people had visited East Hampton Town Justice Court and approximately 30 had visited the Sag Harbor court. All of them have been or will be notified, Justice Rana said.

The courts had opened for in-person matters at a limited 25-percent capacity with staggered calendars.

Until they reopen, all court appearances, including arraignments, will continue to be held virtually.