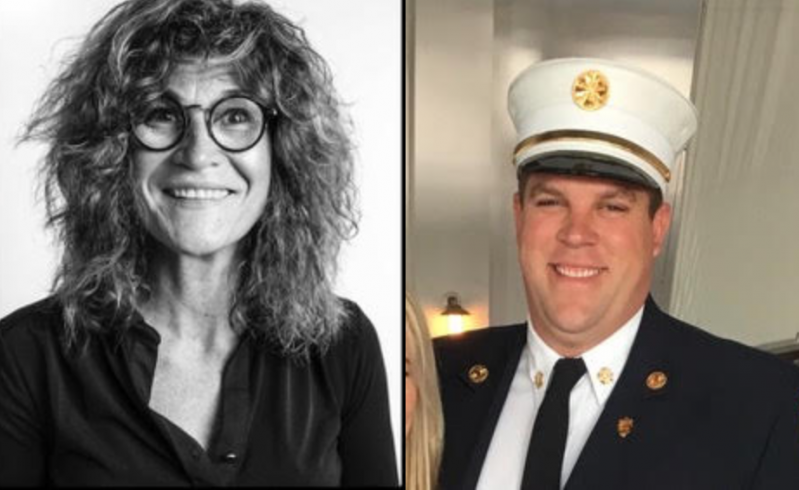 Elizabeth Whelan Kotz and Peter Grimes are the winners of fire commissioner races in Bridgehampton and Springs, respectively.
By Christine Sampson

Elizabeth Whelan Kotz, who on Tuesday became the first woman to be elected a commissioner in the Bridgehampton Fire District, said she hopes she is "the first of many to come."

Ms. Kotz, the first assistant captain of Bridgehampton's ambulance company, has served her community in the past as a school board member and library trustee. She acknowledged Mr. Broadmeadow, who is the captain of the Bridgehampton fire police, for stepping up to run for commissioner as well. "It's not easy to put your name out there," Ms. Kotz said.

"It's important to participate in local elections. I really am happy that people came out to show their support," she added.

In the Springs Fire District, Peter Grimes ousted Pat Glennon, the incumbent candidate, by an unofficial tally of 161 to 55; district officials had not confirmed the figures as of press time.

"I'm looking forward to working with all the other commissioners, who I know well, and trying to progress everything in our district, from the cellphone tower to our E.M.T. program," Mr. Grimes said yesterday. "I give Pat a lot of credit. He put a lot of time in, and I have a lot of respect for that. He has dedicated a lot to this district and department."

In an uncontested election in Amagansett, Carl Hamilton was re-elected commissioner with 42 votes; there were two write-ins and three spoiled ballots. A separate proposition to bolster the district's length-of-service benefits program passed with 46 "yes" votes.

In the Montauk Fire District, John Mark was elected in what was also an uncontested race. The vote count was not immediately available.

Petition to Speed Up Sand Replenishment in Montauk
Artistic Portraits of M.L.K. Up for Auction on Saturday
Wine Tasting for Lions Club
END_OF_DOCUMENT_TOKEN_TO_BE_REPLACED